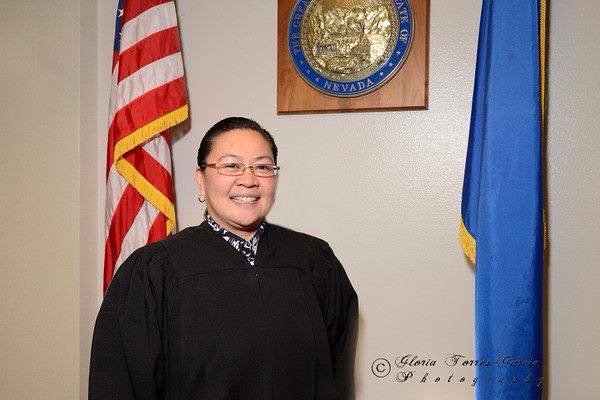 Moss credited her landslide win to “the big push from the Fil-Am and Asian communities.”

“It was a recognition of 14 years of public service on the bench,” said Moss, who was first elected when she was 33. “I worked hard to improve the courts each year.”

Now the most visible elected Fil-Am official in Nevada, Moss, however, discounts running for a higher public office – at least for now.

I love being a trial court judge and,” she said. “More work needs to be done at my level. I thank our kababayan for their support always. They go the extra mile for me with passion and enthusiasm.”

A granddaughter of one of the first Filipino settlers in Las Vegas, Moss graduated college and law school at the George Washington University in Washington, D. C. and took her doctor of laws from the Catholic University of America.

In 2000, she won her first term as District 8 Court Judge, Family Division, District I and was re-elected three more time.