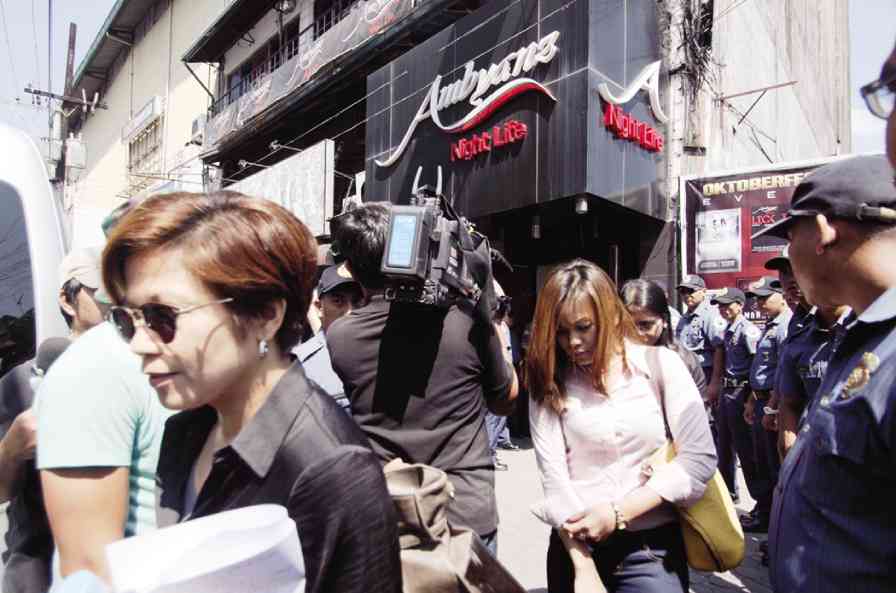 OLONGAPO CITY, Philippines—The American soldier accused of killing Filipino transgender Jeffrey “Jennifer” Laude will be subjected to a forensic examination today, the city prosecutor said on Wednesday shortly after inspecting the places where Laude had spent her last hours.

“At this point we cannot announce [details about the forensic procedures]. We are awaiting orders as to where it’s going to be conducted for security reasons,” De los Santos told reporters.

Pemberton, who was identified by witnesses as the foreigner who was last seen with Laude when they checked into a motel here on Oct. 11, is being held at a detention facility jointly managed by the American and Philippine governments inside the Armed Forces of the Philippines headquarters in Camp Aguinaldo, Quezon City.

De los Santos did not say who would conduct the forensic examination of Pemberton, but lawyer Virgie Suarez, one of the Laude family’s counsels, said it could likely involve the “chief of the police (Philippine National Police).”

She said the process of acquiring Pemberton’s samples would follow protocol set by “diplomatic country-to-country ties” between the Philippines and the United States.

“We will do everything through diplomatic channels,” De los Santos said, stressing that the prosecution panel needed Pemberton’s DNA sample and fingerprints to establish if the American was at the scene of the crime.

Laude died from “asphyxia by drowning” and her body was found at a toilet of one of the rooms of Celzone Lodge on the night of Oct. 11. Her companion, whom witnesses later identified as Pemberton, was seen leaving the room before her body was found by a motel employee.

She said new facts surfaced during the inspection. “We learned what kind of materials the room is made of and if noise inside [the room] could be heard outside. Or if the bellboy or the cashier heard [a] noise,” she said.

She said the prosecutors intended to determine if the other rooms were occupied at the time of the incident. “If there were other people, then we will need their presence so they can shed light on what really happened there,” she said.

She said three weeks was needed to assess all the evidence it gathered during the preliminary investigation. “What we know so far is that someone got killed,” she said.

The panel established that “Barbie,” a transgender friend of Laude who had accompanied the victim to the motel, was able to identify the man who was with Laude inside the room.

Earlier on Wednesday, the panel inspected the disco bar, Ambyanz Night Life, which was about 50 meters across Celzone. Barbie said Laude met Pemberton inside the bar before the two left to check into Celzone. Allan Macatuno, Inquirer Central Luzon