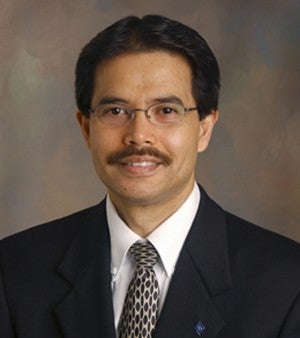 In a ceremony steeped in academic traditions on Friday, October 24, St. John’s University celebrated the installation of Dr. Conrado “Bobby” Gempesaw with a Mass, followed by the formal ceremony.

“Today I stand as your 17th president, very much aware that my investiture is a truly historic moment for this University,” Dr. Gempesaw said during his address.

“I follow in the footsteps of the 16 presidents who led this University since it was founded in 1870, all of whom were Vincentian priests.”

Presidents and delegates from universities around the country, as well as local elected officials, Church leaders, students, faculty, administrators and other members of the St. John’s community witnessed the historic transition.

“St. John’s is blessed to have as president an individual who can preserve the Catholic and Vincentian traditions of our great institution while invigorating our academic landscape and challenging us to reach greater heights in our teaching, scholarship, and research,” said Peter P. D’Angelo, chair of the Board of Trustees, who presided over the investiture.

Founded in 1870, St. John’s is a Catholic and Vincentian university that offers more than 100 associate, bachelor’s, master’s and doctoral degree programs in the arts, business, education, law, pharmacy and the natural and applied sciences.

“St. John’s faculty members are noted for their outstanding teaching and scholarly accomplishments, and their commitment to service consistent with our university mission,” Gempesaw remarked during the ceremony.

“Our student’s success comes from their motivation to learn and their compassion to serve those in need. There is much to celebrate but a great university never is content with the way things are – it seeks to be better,” he added.

Gempesaw, who obtained his B.A. in economics from Ateneo de Davao University, immigrated to the United States and pursued post-graduate studies at West Virginia University, where he received an M.S. in agricultural economics.

“As a graduate student, I was determined to work hard. It took hard work and having professors who are not only excellent teachers but also caring mentors who were committed to helping their students succeed,” Gempesaw recalled.

He was able to complete his degree and moved to Pennsylvania State University to pursue his doctoral studies in agricultural economics. In 1985, he began working as an assistant professor at the University of Delaware and tried to emulate his former professors. From them he learned how to “become a better teacher and scholar.”

Prior to his appointment at St. John’s, Gempesaw served as provost and executive vice president for Academic Affairs at Miami University in Oxford, Ohio.

He said he is the 20th person mentored by Roselle to become a university president.

“This is a very historic moment and we are so proud that a Filipino is now the president of St. John’s University,” Philippine Ambassador Jose Cuisia said.

His sentiments were echoed by other community leaders who attended the investiture.

“It makes me proud to be a Filipino and I’m also proud of the fact that we’re both Ateneans,” Atty. JT Mallonga said. “For a university to have spent the entire year choosing candidates from a thousand selections and for him to make it, it’s really something.”

Rachelle Ocampo, an alumna of St. John’s and a former president of the campus-based Filipino-oriented organization PARE (Pilipino Americans Reaching Everyone), said how “surreal” it was when she heard the news months ago.

“I feel proud that he is able to represent not just Filipinos but the minority. It’s not just about being Filipino, it is about representing all minorities. I love that,” said Ocampo, who studied health service administration and graduated in 2010.

Ocampo is looking at how the university can incorporate more Filipino studies in the university. “Hopefully we’ll be able to do Philippine studies, like history at NYU or Hunter,” she said.

Gempesaw is joining a growing list of high-ranking Filipino-Americans in academia.

Both Gempesaw and Esteban were honored recently with Dangal ng Lahi awards by the Association of Fil-Am Teachers of America. AFTA President Raul Cajigas and NY Consul General Mario de Leon Jr. presented the awards to the two leading educators.

“The award is the highest bestowed by AFTA on those who have reached outstanding success in the teaching profession,” said AFTA president Raul Cajigas.

“Both achievements prove how far Filipino teachers can excel in the field of education. Hopefully ay maging huwaran at inspirasyon sila to the Fil-Am and Filipino teachers in the United States and the Philippines.”