• Funds from greenhouse gas-reduction to benefit most disadvantaged communities 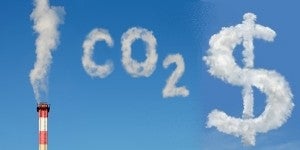 US GREEN CHAMBER OF COMMERCE

At least 25 percent of those funds – more than $200 million – must be invested for the benefit of California’s most disadvantaged communities.

The top 25 percent of census tracts in California are being designated as disadvantaged communities for the purpose of investing cap-and-trade proceeds.

“This is a unique opportunity to improve public health and quality of life for people living in communities that suffer disproportionately from environmental contamination,” said CalEPA Secretary Matthew Rodriquez.

“Our goal is to ensure that these communities receive a direct benefit from California’s programs to cut climate pollution.”

The decision to include 25 percent of census tracts is in line with the State’s goals of balancing inclusiveness and concentration of funds. Under this approach, all of California’s most environmentally impacted communities are eligible for targeted funding. It also ensures that State agencies concentrate funding to reduce greenhouse gas emissions in those communities.

In 2012, the Legislature passed Senate Bill 535 (De León) directing that, in addition to reducing greenhouse gas emissions, a quarter of State proceeds from the cap-and- trade program must also go to projects that provide a benefit to disadvantaged communities. A minimum of 10 percent of the funds must be for projects located within those communities.

Governor Jerry Brown’s administration views the set-asides under SB 535 as a minimum. The Air Resources Board, which administers cap-and-trade auction proceeds, estimates that at least one third of the 2014-15 appropriation – or $272 million – will be spent on projects that target disadvantaged communities.

“As a state, we are making tangible investments to strengthen and protect our most polluted and underserved neighborhoods,” he added.

The legislation gives CalEPA responsibility for identifying disadvantaged communities. To inform its decision, CalEPA relied on the California Communities Environmental Health Screening Tool (CalEnviroScreen), a science-based tool that identifies California communities that face the greatest burdens from and vulnerability to multiple sources of pollution.

Developed by CalEPA’s Office of Environmental Health Hazard Assessment, the tool is the result of extensive public review and was designed to assist CalEPA in carrying out its environmental justice mission. CalEnviroScreen ranks all 8,000 census tracts in California with the higher numbers indicating higher environmental burden and vulnerability.

“(It’s) is a critical tool to help the state identify communities that face the highest pollution and socioeconomic burdens, which is absolutely necessary if we are to transform these areas into healthy neighborhoods,” said Amy Vanderwarker, coordinator of the California Environmental Justice Alliance.

“Using it will help ensure that some of California’s most vulnerable communities receive much-needed resources to support climate solutions and pollution reduction programs,” she explained.

Designation of disadvantaged communities was made after considering public input. Three public workshops were conducted in Fresno, Los Angeles and Oakland, as well as a briefing in Mecca in the Coachella Valley. More than 400 people attended the workshops, and CalEPA also received more than 100 written comments.

In response to comments, CalEPA said it would evaluate suggestions to further refine the information and methodologies used to develop CalEnviroScreen. Additionally, CalEPA, together with other bodies, will review and update the list of disadvantaged communities in future years.

“In this first year of expenditures, we recognize the need for flexibility,” said Arsenio Mataka, CalEPA assistant secretary for environmental justice. “We want to make sure that we honor our commitment to all of California’s disadvantaged communities and residents.”

The Air Resource Board has developed interim guidelines for state and local agencies that are administering cap-and-trade funds. The interim guidelines will help agencies make programs that reduce greenhouse gas emissions and maximize the benefits to the disadvantaged communities. Each State agency receiving cap-and-trade auction proceeds is responsible for administering its own programs.