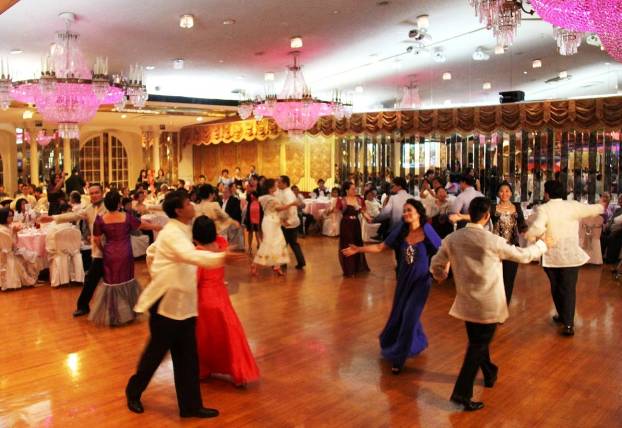 NEW YORK CITY — Twenty-five years and counting, Filipino-American teachers are continuing their mission to achieve and maintain the highest level of competency in the teaching profession.

From the humble beginnings of the very first teachers who arrived in New York, the Association of Fil-Am Teachers of America, Inc. (AFTA) has grown into a 501(c)3 non-profit corporation,.

Teachers and administrators from New York and New Jersey are invited to attend professional development workshops twice a year in order to meet the CORE curriculum that is currently implemented by the Department of Education in the tri-state area.

Since the project started in 1993, AFTA had served more than 3,000 teachers and continue to expand each year.

Between their full time jobs and part-time study to achieve higher degrees in education, active members devote their summer breaks serving in a Philippine cultural and language immersion program dubbed as “Paaralan sa Konsulado,” a partnership with the Philippine Consulate General of New York.

Also, during this time, books and materials are gathered for donation to the depressed areas of the Philippines. 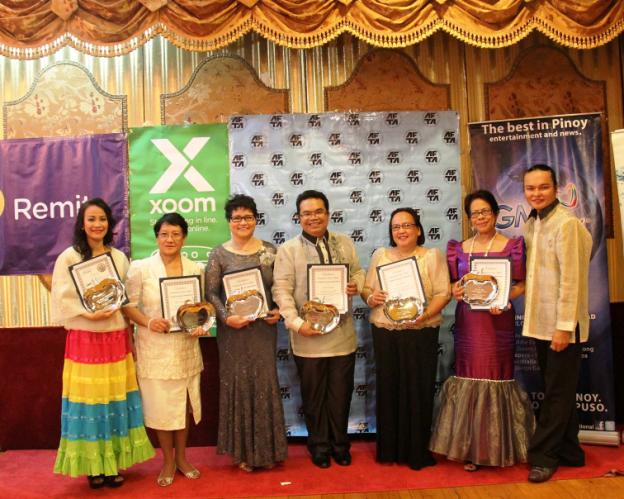 The Commission on Filipino Overseas recognized AFTA’s Balikturo Project, which started in 1994 as a professional development program. It is now on its 20th year of bringing volunteer Filipino teacher based in the United States to the Philippines to share and exchange with their Philippine counterpart “valuable information, knowledge, experience and latest developments in different areas of teaching.”

This year, eight teachers went to different parts of the Philippines to share new technology in the training and development of teaching methodology.

Nellie Gabatino brought Literacy Through Music And Movements at Bright Star Learning Center and Roosevelt College, both in Marikina City.

Looking back to her 16 hours of bus ride and transfer, plus four hours of boat ride, while she and her husband were lugging their bags and seminar materials, Ros recounted, “I think I am needed by the teachers in the barrios. And despite the challenges and difficult circumstance posed by the travel to such a remote place in Mandaon (or Aroroy), Masbate, twice I chose to go there. Will I do it again? The answer is, yes!”

Photos during the Balikturo were posted by Fr. Benigno Beltran on the official Lingkod sa Kapwa Pilipino Facebook page at www.facebook.com/linkapil 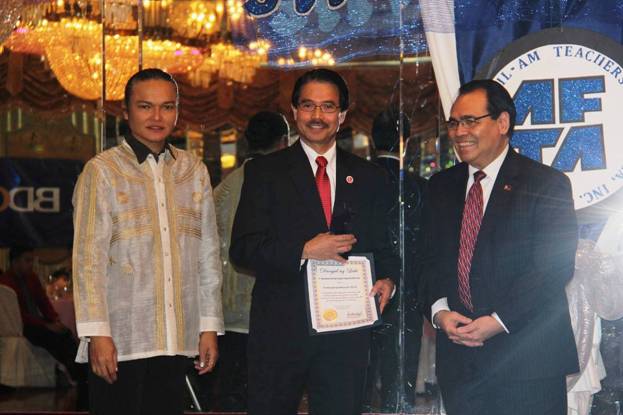 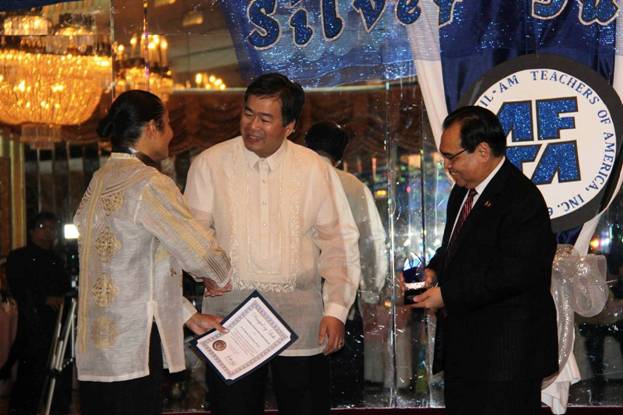 The award award is the highest bestowed by AFTA on those who have reached outstanding success in the teaching profession and are the pride of the Fil-Am and Filipino teachers in the United States and the Philippines.

President of St. John’s University, New York Conrado Gempesaw, Ph.D., and President of Seton Hall University, New Jersey, A. Gabriel Esteban, Ph.D., are the top educators in the Northeast universities who merit the recognition. Both achievements prove how far Filipino teachers can excel in the field of education.