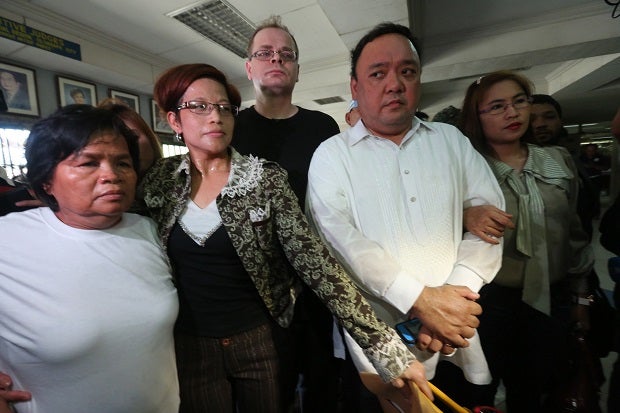 In a nine-page Omnibus Motion, Marilou Laude, sister of Laude through counsel Harry Roque, said the prosecutors should require Pemberton to appear on Nov. 5 during the clarificatory hearing for the lifting of his fingerprints and buccal swabs from his mouth.

The same motion also asked the prosecutors to subpoena the Philippine National Police (PNP) Crime Laboratory in Camp Crame to dispatch forensic personnel on Nov. 5 to gather the fingerprints and buccal swabs.

Buccal swab is needed to gather DNA samples from Pemberton. The result will be compared to DNA samples taken from the victim.

“Physical evidence need to be gathered for DNA testing, to determine whether there is in fact, such evidence to establish-at the very least-respondent’s (Pemberton) presence in the scene of the crime,” the Omnibus motion stated

Roque said without specimen from Pemberton, evidence gathered from the victim would be useless.