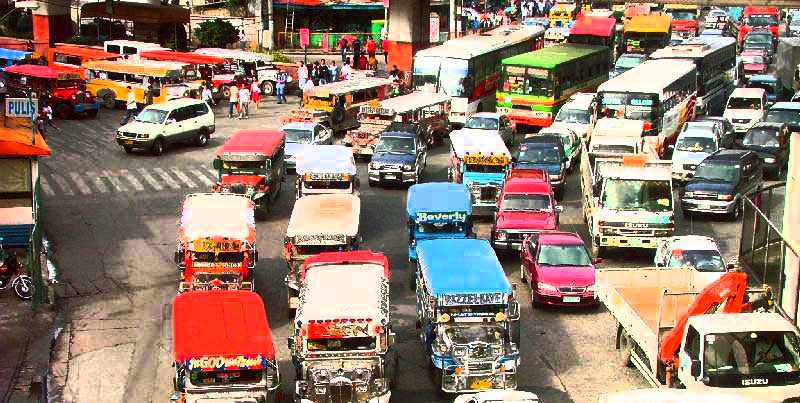 For much of the last month, my Facebook friends in Manila have been posting comments lamenting their utter frustration and helplessness at being condemned to spending a great portion of what is left of their productive lives stuck in traffic with no hope in sight.

They agree with Dan Brown’s description of Manila in his book, Inferno, as “the gates of hell” because of its apocalyptic features including “six-hour traffic jams (and) suffocating pollution.”

It may feel like six hours to those stuck in gridlock hell. “These days travel time in the streets of Metro Manila can be three times longer than usual, and this is during sunny days. With a heavy downpour and flash floods, the nation’s premier region becomes paralyzed” was how one Manila daily described it.

The Japan International Cooperation Agency (JICA) estimates that Metro Manila’s traffic jams are costing the Philippine economy P2.4 billion pesos ($57 million) a day in potential income, a figure that JICA warns could balloon to P6 billion ($142 M) a day by 2030.

When an alternative 10 hour day/4 day work week schedule was proposed as a way to ameliorate traffic gridlock, Sen. J.V. Ejercito expressed his opposition to the idea because of what he said was its effect on family life.

According to Neal Cruz (“Will the 4 day work week work?”), Sen. Ejercito said, “the employee who has to hurry home to cook for the family would get there very late and the children would be starving by the time dinner is served. Eating a late dinner means staying up late and therefore waking up late the next morning and arriving late in schools and offices. And most of the children and adults would be too sleepy to learn and work efficiently.”

But that is precisely what is happening now with a five-day work week because commuters who don’t have chauffeurs to drive them around like Sen. Ejercito spend up to three hours commuting to and from work.  The four-day a week plan at least offers hope of spending one less day in gridlock hell, which is precious time parents can spend with their children. 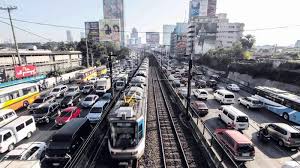 Sen. Ejercito and other government officials should follow the lead of Sen. Grace Poe and actually spend a day riding public transportation to work to appreciate the hell that their constituents are going through every day.

They may then consider other alternatives to easing traffic congestion like staggering the work hours of employees so that some of them can report for work at 10 am, 11 am or 12 noon and work until 6 pm, 7 pm or 8 pm. With less traffic, they may likely arrive home at the same time that they otherwise would when their work hours end at 5 pm.

What has exacerbated Manila’s traffic mess is the decision of the Department of Public Works to embark this year on the simultaneous construction of 15 major road projects which are all expected to be completed by 2016. This has transformed an already congested metropolis into a traffic nightmare.

But UP Prof. Jose Regin Regidor questioned just exactly how “inclusive” the road projects can be when they are focused only on commuters who use cars and buses. Prof. Regidor said the government should spend more on mass transit systems to decongest a bursting mega city.

An example of what could be done to improve public transportation is what Bangkok recently entered into with a Japanese consortium to build an urban transit system there for $405 million.

As the INQUIRER.net reported on November 4, 2013, “under the deal, ordered by Bangkok Metro Public Co., the consortium will construct a new 23-kilometer (14-mile) rail line in the Thai capital, the daily said, adding the rail operation is set to start in 2016. The Japanese group will supply 63 train cars and build the power grid, signals and rail yards as well as 16 stations for the project. It will also provide maintenance services under a 10-year contract and about 20 technicians with operational expertise will be stationed in Bangkok, the report said.”

Unlike Bangkok, Metro Manila already has a rapid transit rail system in place called the Metro Rail Transit or MRT-3 which consists of a single line that runs in the general direction along the north and south lanes of Edsa Avenue serving close to 560,000 passengers a day.

It was constructed by a consortium of private companies led by Robert John Sobrepena of the Fil-Estate Management, Inc. under a Build-Operate-Transfer arrangement, which placed all the risks on the private companies to build the MRT system. The total cost for the project was $675.5 Million. 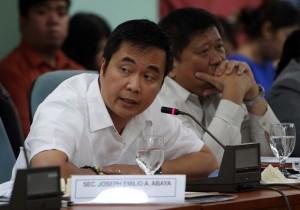 The MRT-3 was inaugurated in 1999 and operated by Metro Rail Transit Corporation (MRTC), the private consortium. In 2010, the state-owned Land Bank of the Philippines and Development Bank of the Philippines purchase a majority interest in the MRTC and began working at the direction of the Department of Transportation and Communications (DOTC) headed by Joseph Emilio Abaya, the former three-term congressman from Cavite who previously chaired the House Appropriations Committee.

The DOTC has asked the Philippine Congress to allocate P54 Billion pesos ($1.285 Billion) in the next budget for the DOTC to purchase the state-owned bonds of the MRTC so that it can bid out the contract for a new maintenance provider.

This amount is a total waste of government resources. It is twice what Bangkok is paying a Japanese consortium to construct a 23- kilometer rail line with 63 cars and a 10 year maintenance contract. Government funds should be better used to improve, expand and extend mass transit.

If this is the priority of the DOTC, then it reflects a callous disregard of the needs the 12 million people stuck in gridlock hell.