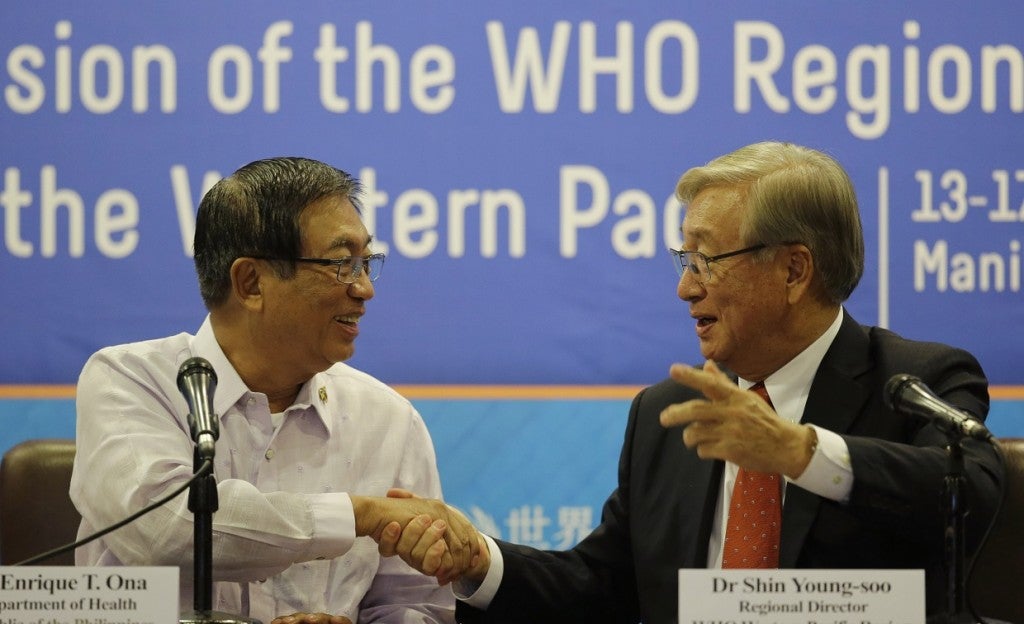 MANILA, Philippines—Foreign experts on infectious diseases are coming to the Philippines to help local health workers boost defenses against the outbreak of the Ebola virus, a Palace official said Saturday.

This as Manila rebuffed a request from the United States and Britain to dispatch medical workers to Ebola-hit regions.

Deputy presidential spokesperson Abigail Valte said the Aquino administration is taking “proactive measures” to address the possible entry of the deadly virus that has already killed more than 4,500 people in Africa, mainly in Guinea, Liberia and Sierra Leone.

“Foreign experts on infectious disease will arrive to train doctors and nurses on how to prevent the disease. It shows that we are being proactive even if we still don’t have it,” Valte said.

Experts from the World Health Organization (WHO), the International Committee of the Red Cross, Medecins Sans Frontieres and the US Johns Hopkins University will train them on the proper use of protective clothing, handling of patients, contact-tracing and infection control.

Twenty government hospitals will be retrofitted to handle Ebola-stricken patients, with three to be designated specifically as treatment centers, Department of Health spokesman Lyndon Lee Suy.

“We know the risk and we are addressing the risk,” Lee Suy said.

The Manila International Airport Authority also said it has acquired protective suits for its personnel to use in the event a person infected with the Ebola virus arrives in the Philippines.

There are about 3,500 Filipinos working in the Ebola-hit West African counties of Guinea, Liberia and Sierra Leone, data from the Department of Foreign Affairs shows.

The United Nations has launched a global appeal for more help to fight the viral epidemic.
The US and Britain had also specifically asked the Philippines to pitch in by deploying its health sector personnel, Health Secretary Enrique Ona said last week.

At the time, Ona said Manila was considering deploying substantial numbers of volunteer health workers to help out in epidemic-stricken West Africa, saying it was “something of a responsibility for our country” to respond to the call.

But on Friday Suy said Manila had for now ruled out sending medical personnel, and was instead considering providing cash and other forms of assistance.

“As of the moment, we’re not really keen on sending human assistance, but we are not closing the possibility,” he told a news conference.

“Enhancing capability first (is the priority) before we can send assistance,” he added at a joint news conference with a regional official of the World Health Organization.

“This is not the first time we are addressing a threat like Ebola. We had SARS and H1N1 (bird flu),” he said.

The country also has a network of “first responders” in place in case of epidemics, said Hall. With Agence France-Presse 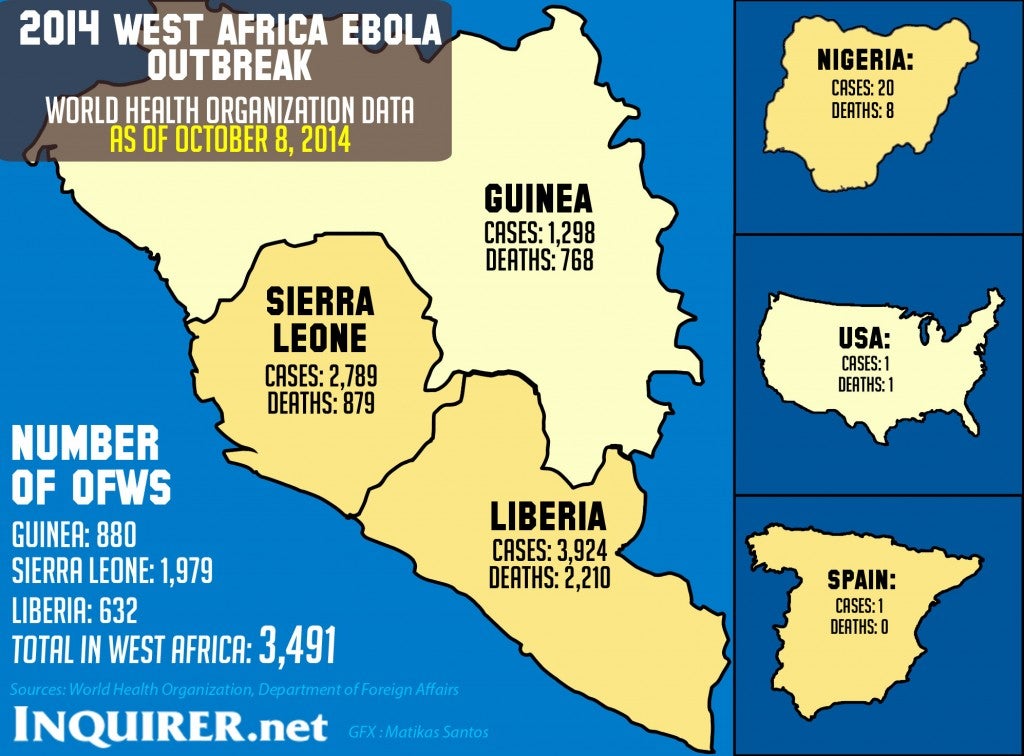