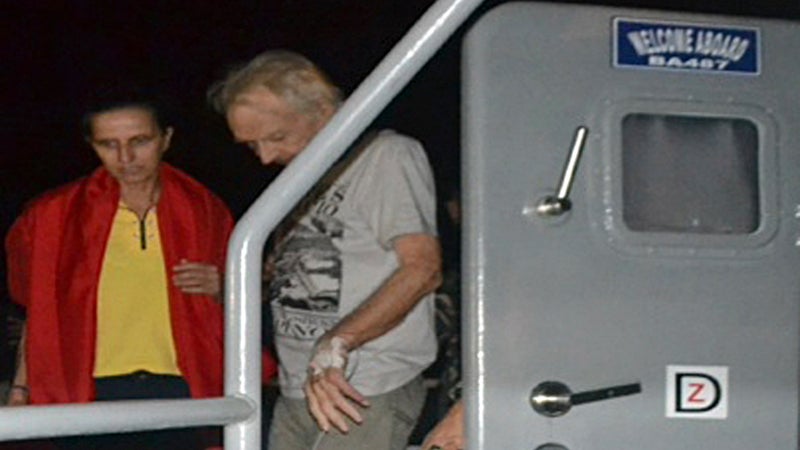 MANILA, Philippines—Two Germans kidnapped by Islamic militants in the Philippines are safely back at their Manila embassy, officials said Saturday after a harrowing six-month ordeal in which they endured threats of beheading and seemingly routine cruelty.

Officials said a private plane flew Stefan Okonek, in his 70s, and his partner Henrike Dielen, in her 50s, to Manila from the southern port of Zamboanga at dawn after the Abu Sayyaf gunmen released them late Friday.

“With the release from captivity of the two German nationals, our security forces will continue efforts to stem the tide of criminality perpetrated by bandit elements,” President Benigno Aquino’s spokesman Herminio Coloma said in a statement.

Germany’s foreign ministry and the Philippine military also confirmed the hostages had arrived at the embassy in Manila.

“We are relieved to confirm that the two Germans are no longer in the hands of their kidnappers. They are being taken care of at the embassy in Manila,” said a German foreign ministry spokesman.

“We thank the government of the Philippines for their close collaboration, undertaken with full confidence,” the spokesman added.

The Abu Sayyaf had given the German government until Friday to pay a $5.6 million ransom and withdraw its support for US offensives against jihadists in Syria and Iraq.

The group also threatened to behead one of the hostages unless the demands were met.

Philippine authorities said the two hostages were snatched at sea in April as they sailed near the western Philippine island of Palawan.