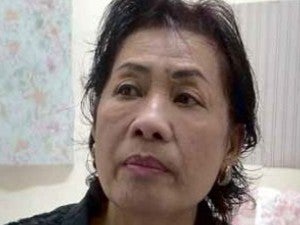 Hong Kong—The United Nations High Commission for Refugees (UNHCR) has approved the asylum application of the widow of one of the journalists killed in the gruesome Maguindanao massacre in November 2009.

Myrna Reblando, the widow of slain Manila Bulletin correspondent Bong Reblando, said she and her 18-year-old daughter were now waiting to be relocated to either Canada or the United States.

“I am so thankful. The UNHCR has approved our application for asylum. The (Hong Kong) Immigration Department also allowed us to stay here but not permanently so we are now waiting to relocate to either Canada or the United States,” Myrna said.

“There’s no specific date when that would happen and it would depend on whether there’s an opening in the country that would take us, but I’m open to anything,” she added.

Alejandro “Bong” Reblando was among the 32 journalists killed during the Nov. 23, 2009 massacre in Maguindanao province.

In 2012, Myrna and her daughter fled to Hong Kong, saying the Philippine government had failed to provide her family protection.

The Hong Kong Immigration Department in April 2013 rejected Myrna’s claim that she would be tortured if she returned to the Philippines but she appealed.

She had claimed that the Ampatuans offered her P3 million to stop talking about the case, and if she refused, the money would be paid to others to kill her. Myrna said she refused the bribe offer.