It was Aquino’s duty to sign pact with US, argues SolGen

MANILA, Philippines—The Office of the Solicitor General (OSG) on Saturday defended the Enhanced Defense Cooperation Agreement (Edca) between the Philippines and the United States, asking the Supreme Court to dismiss petitions questioning its constitutionality.

In a 32-page consolidated comment filed before noon, the OSG emphasized the legality of the executive agreement, saying that President Aquino entered into the pact as part of his sworn duty to protect the state.

“The President, through the DND (Department of National Defense), entered into the Edca to perform his primary constitutional duty to promote national security interests. Under Article II, Section 4, of the Constitution, the President, as head of state and chief representative of government, has the ‘prime duty to serve and protect the people,’” said the nine-member OSG panel on the case led by Acting Solicitor General Florin Hilbay. 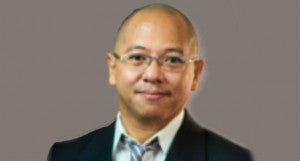 The pleading cited how “geopolitical concerns today involve transboundaries”—an apparent reference to how the Edca was signed amid the Philippines’ efforts to enhance its external defense capabilities in the face of unresolved border issues with China and America’s strategic pivot to the Asia Pacific.

“Recent events within Philippine territory undoubtedly compromise the security of the Philippines. The Honorable Court should not render the President helpless or impair his ability to set up a national security apparatus in the face of clear, present and verified reports of activities that endanger the integrity of the Philippine State,” the OSG said.

Former Senators Rene Saguisag and Wigberto Tañada, among the 12 senators who voted to expel the US military bases from the country in 1991, along with militant groups, lawyers and representatives from the religious and the academe, filed petitions scoring the legality of the Philippine-US pact last May.

The agreement, signed just before US President Barack Obama’s visit to the Philippines on April 28, would allow the US military to utilize Philippine military bases, construct facilities and store defense supplies here, among other things.

The petitioners impleaded Philippine government and military officials for the agreement, which they said violated several provisions of the Constitution, including the ban on foreign military bases and facilities without Senate concurrence.

The petitioners also said the Edca may facilitate the entry of nuclear weapons into the Philippines, which is barred by the Constitution.

But the OSG shot down the petitioners’ arguments as speculation.

“Petitioners speculate that the separate agreements under the Edca will violate various Philippine laws and operate as a blank check to broaden the coverage of the Edca. These speculations cannot be the basis of a constitutional challenge,” said the OSG.

The OSG said the Edca no longer required Senate concurrence as it was framed within existing agreements between the Philippines and the United States, including the Mutual Defense Treaty (MDT) and the Visiting Forces Agreement (VFA).

The OSG also said the petitioners may not cite institutional prerogatives—such as the requirement of Senate concurrence—as none of them were current members of the upper chamber.

“The rule is that only incumbent senators have standing to raise the issue of Senate concurrence because it is their constitutional function that is allegedly impaired,” the pleading said.