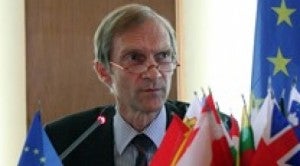 MANILA, Philippines — The Bangsamoro peace agreement should be fully implemented so as to keep people in Mindanao from turning to violence and being lured to radicalism and terrorism, European Union Ambassador Guy Ledoux said.

“So long as armed violence is a way of life in Mindanao, there will always be a threat of radical terrorist group using the region to further their cause,” Ledoux said at a forum at the Shangri-la Edsa hotel last week titled “The Current Dynamics of Radicalism in Southeast Asia: Peacebuilding Challenges and Opportunities.”

EU supported the Oct. 2 forum that was organized by the Institute of Bangsamoro Studies, the Philippine Institute for Peace, Violence and Terrorism Research and the Center for Humanitarian Dialogue.

In his speech opening the event, Ledoux said the holding of the forum came at a time of a new radical threat to security in the Middle East as well as reports assessing Southeast Asia as “not immune to the influence of the Islamic State (IS), particularly in the area of movement of personnel and channeling of resources.”

Noting that the EU believed that terrorism should be eradicated at its source, Ledoux said the EU’s priority has always been to address and stop the menace of radicalization, violent extremism and recruitment by terrorist organizations.

“Terrorist radicalization in this sense is understood as a complex phenomenon of people embracing radical ideology that could lead to the commitment of terrorist acts,” he said.

And to effectively prevent terrorist radicalisation and recruitment, Ledoux said there was a need to “respect fundamental rights, promoting diversity, integration and cultural dialogue and fighting discrimination.”

The EU ambassador said the new threat of radicalism related to the Islamic State in the Philippines came at a time when the Aquino administration was moving towards the implementation of its peace pact, the Comprehensive Agreement on the Bangsamoro (CAB), which it signed with the Moro Islamic Liberation Front in March.

Congress is now deliberating on the proposed Bangsamoro Basic Law, that will pave the way for a new Bangsamoro autonomous political entity that will replace the Autonomous Region of Muslim Mindanao and address issues such as poverty.

Ledoux said the peace pact did not only signal an end to decades of conflict in Mindanao but also “the settlement of a historic grievance that could easily fuel radicalism and lead to violent extremism and acts of terrorism if not addressed.”

He said the EU and a number of its member states have backed the Mindanao peace process and that they must also remain vigilant by “mak(ing) sure the CAB is implemented in full.”

“Particular attention needs to be paid to the elements of normalization that aims to turn the region, communities and individuals away from using violence to achieve political ends,” Ledoux said.

The Philippines, he said, has been “equipped to meet this challenge” of containing radicalization that can lead to acts of terrorism. He noted how the peace process has developed the “peace architecture, skills and capacity of the parties to engage peacefully in negotiation” as well as the climate of dialogue within civil society.

Ledoux said the Philippine could address the issue of people adhering to radical views or being susceptible to recruitment by ensuring that “commitments to peace are honored, and that the mechanisms for peace building and normalization are developed and activated smoothly.”

“…(T)he EU will continue to support the Mindanao peace process, while the core of the action on avoiding radicalization and recruitment, should remain at national level,” he said.