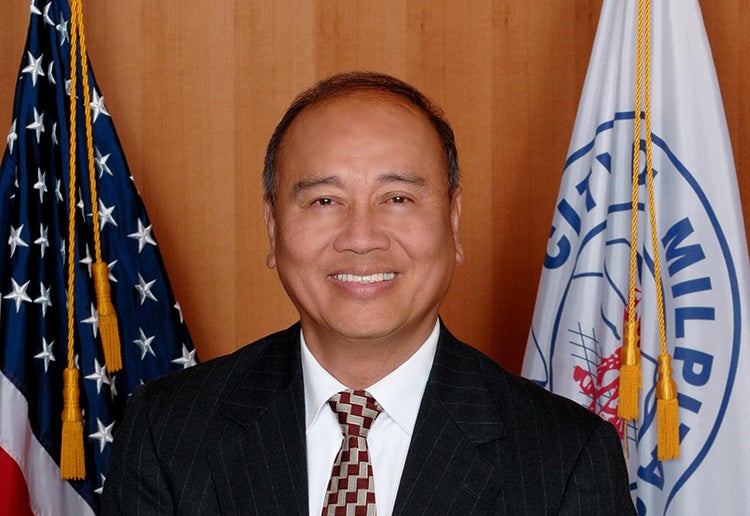 MILPITAS, California – Money magazine named this city in the Silicon Valley, with a Filipino American mayor at its helm, one of the best cities to live in the United States.

Money http://time.com/money/3312340/milpitas-ca-best-places-to-live/ named Milpitas, (Spanish for “little cornfields”) the best small city to live in the San Francisco Bay Area and the 29th in the nation.

Mayor Jose “Joe” Esteves, who is running for reelection is visibly “proud of this accomplishment” and is inviting hit constituents to his birthday parth on October 5 in celebration.

Milpitas has a population of 70,000, with Filipinos comprising 15 percent. They are the largest segment of Asian residents, which make up 52 percent of the city.

Some of the biggest employers in Milpitas include such heavy hitters as Cisco, Flextronics, and SanDisk. Meanwhile, a light rail system links the city to San Jose, Mountain View, and other employment centers.

Close ties to Silicon Valley have given rise to terrific schools. Milpitas High School, for one, is a California Distinguished School, and has taken top honors in everything from band and theater to sports and speech, reports Money.

Recreation options include the 1,500-acre Ed R. Levin County Park, home to Monument Peak, as well as a network of trails that link into other parks and non-motorized thoroughfares, including 340-mile Bay Area Ridge Trail.

Milpitas has no downtown, but the Great Mall–a former Ford assembly plant–has more than million square feet of shops and restaurants.