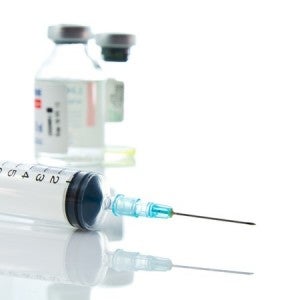 MANILA, Philippines — An environment and consumer safety watch group alerted authorities to the local sale of a child flu medicine, which was banned in the US after it was found to contain high levels of the toxic metal lead and actually make kids sicker.

EcoWaste Coalition cited a September 26 US Food and Drug Administration (FDA) advisory warning parents and caregivers against buying the “Bo Ying Compound” for infants and children as it could cause lead poisoning.

The group said that although the product has not been registered with the country’s FDA, the medicine has found its way to the shelves of Manila’s stores.

EcoWaste said that it was able to buy on Monday for P580 the “Bo Ying Compound,” which was manufactured by the Hong Kong-based Eu Yan Sang Ltd and was made up of six small bottles of powdered Chinese medicine, from a store in the Binondo district.

Based on the product information, the medicine is supposed to “dispel wind and clear away heat, eliminate phlegm and tranquilize the mind.” It further claimed that it can relieve a baby’s cough, fever, indigestion, influenza, nasal discharge, poor appetite, restlessness and crying at night.

“We urge consumers providing Bo Ying to babies and kids to follow the US FDA health warning and to report any adverse reactions to the Philippine FDA that may be related to the consumption of Bo Ying,” said the group’s Project Protect coordinator Thony Dizon.

The New York City department of health and mental hygiene had tested and found high levels of lead in Bo Ying Compound after the US FDA received a report of lead poisoning involving an 18-month child who was administered the flu medicine.

According to the US FDA, “exposure to lead can cause serious damage to the central nervous system, the kidneys, and the immune system. In children, chronic exposure to lead, even at low levels, is associated with impaired cognitive function, including reduced IQ (intelligence quotient), behavioral difficulties, and other problems.”