ISIS sympathizers in Mindanao not recruits—governor 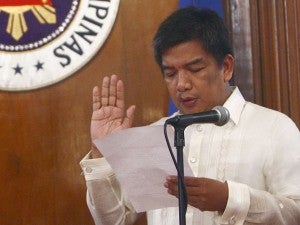 MANILA, Philippines – While certain groups in Mindanao may express support for the notorious Islamic State of Iraq and Syria (ISIS), Autonomous Region in Muslim Mindanao (ARMM) governor Mujiv Hataman on Monday said it doesn’t prove that there are already ISIS members in the country.

(It doesn’t mean that if they sympathize with ISIS, they are already part of ISIS. They are still members of the Abu Sayyaf.)

The statement came after the bandit group Abu Sayyaf threatened to kill one of its German hostages unless a ransom is paid and Germany promisses to stop supporting the military campaign against the ISIS.

Hataman pointed out that intelligence experts and politicians he had met all say that the rumors are not true.

(Yes we have the Abu Sayyaf, yes there are a few members of the BIFF. But if you look at the individual membersof the BIFF, you will see that they are also from the Abu Sayyaf.)

The BIFF, originally a breakaway group of the Moro Islamic Liberation Front, recently claimed that it is allied with the ISIS, which became known worldwide for the brutal beheading of two American journalists.

But Hataman said the beheading of hostages has long been employed by the Abu Sayyaf.

“Even before the formation of ISIS meron nang ganitong ka-extreme na individual o grupo,” he said.

(Even before the formation of ISIS, there are already extremists groups in the Philippines.)