Filipino convicted in US of plot to aid jihadists 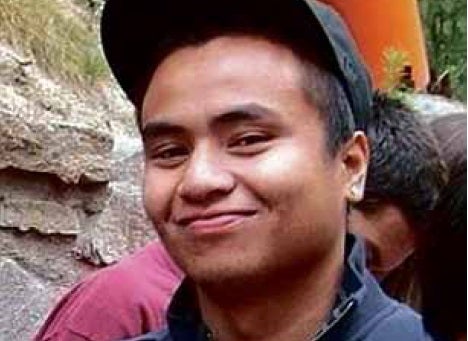 FACING LIFE SENTENCE US-based Filipino Ralph de Leon has been convicted by a California court for supporting terrorists planning to kill members of the USmilitary. De Leon and another
California man allegedly involved in the plot face life imprisonment.

LOS ANGELES—An American and a Filipino face life in prison after they were found guilty on Thursday in California of plotting to aid jihadists and to kill Americans overseas.

A jury convicted Sohiel Omar Kabir, 36, a naturalized US citizen, and Filipino Ralph de Leon, 25, at the conclusion of a six-week trial that comes as the United States leads air strikes in Syria and Iraq against Islamic State militants.

The trial underlined the threat that homegrown extremists pose to the United States.

Kabir and De Leon were each charged with five counts of conspiracy for what prosecutors said was a plan to train overseas as terrorists so they could target the US military and allies.

Kabir was acquitted on one of five conspiracy counts, and jurors were deadlocked on two of the five identical counts against De Leon.

De Leon was specifically found guilty of conspiring to provide material support to al-Qaida, to receive military-type training from the group and to commit murder, kidnapping or maiming overseas.

“This case shows that the appeal of extremist ideologies can reach from Afghanistan to America,” said US Attorney Stephanie Yonekura after the trial in Riverside County, east of Los Angeles.

This demonstrated “the clear need for continued vigilance in rooting out homegrown violent extremists who plot terrorist acts both here and abroad.”

Defense lawyers portrayed the two defendants as hapless pot smokers who talked a big game but didn’t intend any harm.

De Leon and two other men were arrested two years ago before embarking on a journey to meet Kabir in Afghanistan. Kabir was later caught by US troops in Kabul.

Federal agents began tracking the group after one of the men, Miguel Santana Vidriales, returned from visiting his mother in Mexico in 2012 with a copy of a jihadist magazine in his possession.

Prosecutors portrayed Kabir as the ringleader who met De Leon and Santana at a hookah bar and introduced them to radical Islamic teachings. Arifeen David Gojali was recruited later.

Santana and Gojali previously pleaded guilty and cooperated with prosecutors.

An FBI informant who infiltrated the group secretly recorded many of their discussions about plans to train first with the Taliban and then graduate to al-Qaida.

The men began hiking to prepare for the rugged terrain in Afghanistan, and they took target practice at shooting ranges and played paint ball to simulate combat, authorities said.

Defense lawyers blamed informant Mohammad Hammad for prodding the men along and paying some of their expenses.

Mohammad, who was once convicted of trafficking a key ingredient of methamphetamine, was paid $380,000 by the United States for his work.

Kabir and De Leon were convicted of conspiracy to provide material support to terrorists and conspiracy to murder US officers or employees overseas.

Kabir was acquitted on a count of conspiracy to murder, kidnap or maim overseas.

Jurors were deadlocked on two conspiracy counts against De Leon: conspiracy to receive military training from al-Qaida and conspiracy to provide material support to a foreign terrorist organization.

Kabir faces sentencing on Feb. 23. De Leon is to return to court on Oct. 20, when prosecutors will announce whether they’ll seek a new trial on the deadlocked counts.

The trial heard evidence that Kabir traveled to Afghanistan in 2012 and encouraged Santana and De Leon to come with him, saying they would all join “the students”—Taliban militants—and “the professors” al-Qaida.

In September 2012, De Leon and Santana recruited Gojali to accompany them to Afghanistan.

The trio were arrested in November that year as they prepared to drive south to Mexico, en route to Afghanistan.

“This case demonstrates the process by which individuals living in the United States were groomed and radicalized toward an extremist ideology and, ultimately, planned the murder of American and coalition forces.”

Kabir and De Leon, both of California, each face life sentences for the convictions in the US District Court. Reports from AFP and AP