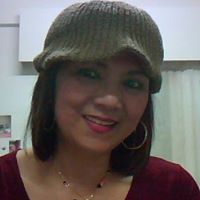 DALY CITY, California—New Jersey police and prosecutors do not have clues regarding the death in an apparent accident of a Filipino-American woman in Wachtung, New Jersey a month ago on August 15.

Concepcion “Connie” de Guzman’s charred body was found inside her burned out car in what appeared to be a single-car accident.

Watchung Police and the Somerset County Prosecutor’s Office have been investigating the accident involving the 51-year-old de Guzman of Basking Ridge, New Jersey. A Filipino national, de Guzman was a manager with the Spine Center in Chatham, New Jersey, according to the Star-Ledger.

At approximately 1:28 a.m., Watchung police responded to a single-car accident off the roadway near High Tor Drive and Ridge Road, the release said. Upon arrival, police discovered the vehicle engulfed in flames, it said.

The Watchung Volunteer Fire Department responded to the scene and extinguished the blaze, it said. De Guzman was pronounced dead at the scene by Mercy Paramedics from JFK Hospital in Edison, the Star-Ledger reported.

Authorities not say what caused the accident or how the vehicle caught fire.

The prosecutor’s office and police are asking anyone with information pertaining to the accident to contract the Somerset County Prosecutor’s Office CART team at 908-231-7100, the Watchung Police Department at 908-756-3663 or the Somerset County Crime Stopper’s Tip Line at 888-577-(TIPS) 8477. Tips can also be submitted online. All calls will be kept confidential.