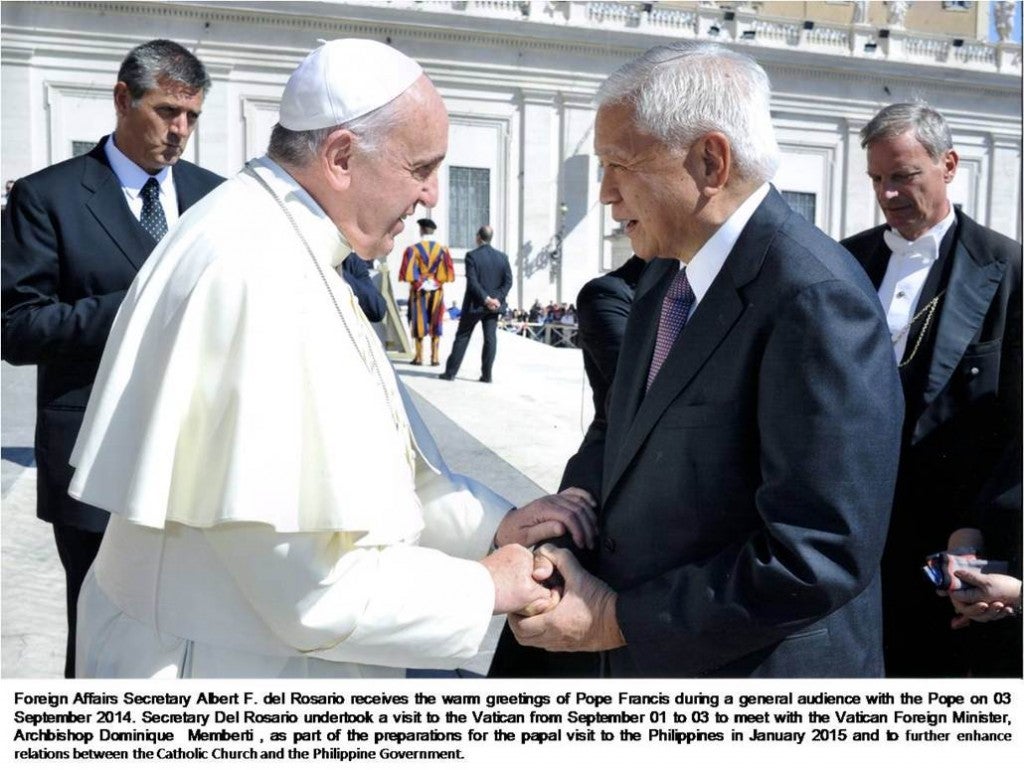 MANILA, Philippines—Pope Francis met with Foreign Secretary Albert del Rosario at the Vatican on September 3 ahead of the papal visit here in early 2015, the Department of Foreign Affairs (DFA) said.

The DFA posted a photo on its website on Wednesday, which showed Del Rosario shaking hands with the Pope at the Vatican.

Del Rosario went to Vatican from September 1 to 3 to meet with the Vatican Foreign Minister Archbishop Dominique Memberti as part of the preparations for the Papal visit to the Philippines in January 2015 and to further enhance relations between the Catholic Church and the Philippine Government.

One of the highlights of Pope Francis’ visit from January 15 to 19 is his meeting with the “Yolanda” survivors in Visayas.