California solons push for ‘Health for All’ law for the undocumented 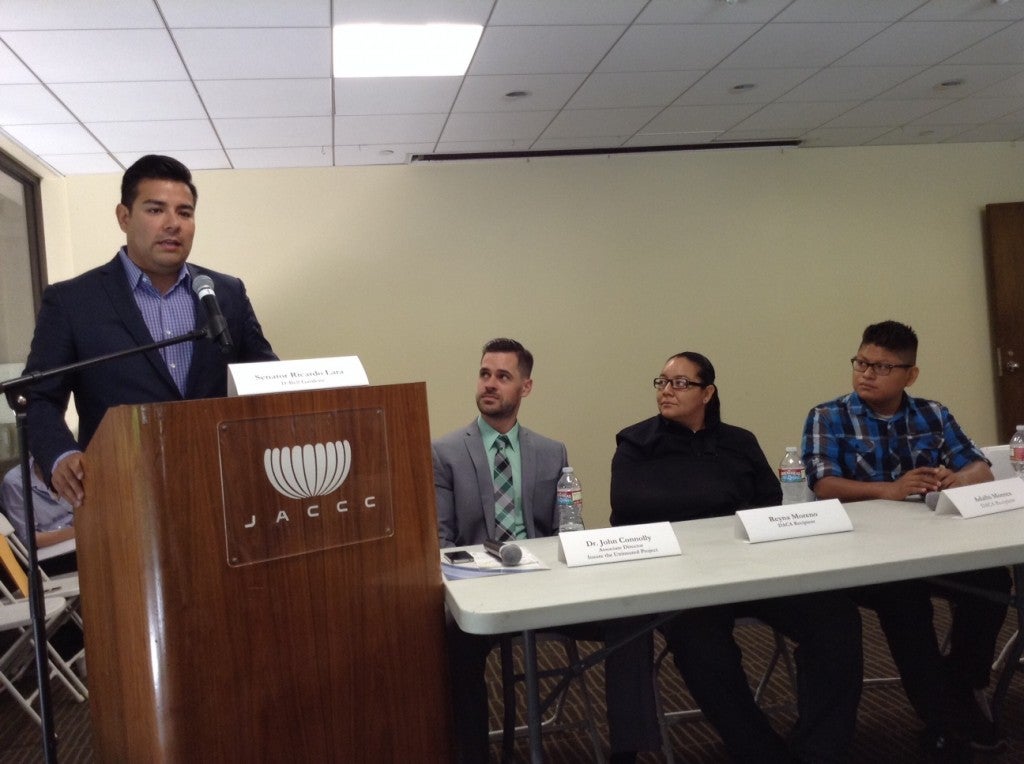 LOS ANGELES, California — Undocumented immigrants among California’s diverse communities, including those from the Philippines, Mexico, Central America, Canada, China and Vietnam, are going to be left out of health care coverage unless a bill called “Health for All” becomes law, a leading state senator told ethnic media reporters on September 5.

Senator Ricardo Lara (D-Bell Gardens) who chairs the 24- member Latino Legislative Caucus is seeking public support for his legislation that would create a health care exchange where undocumented immigrants could purchase quality and affordable health insurance. It would also expand state-funded Medi-Cal for the poor.

Lara’s bill died in committee deliberations, but the senator said he intends to reintroduce it in January.

Speaking in a forum organized by the New America Media (NAM) at the Japanese American Community Center in Los Angeles, Senator Lara said he is working closely with Assemblyman Robert Bonta, of Filipino American ancestry and others to get support from the Senate Appropriations Committee to ensure that his bill would have the fiscal resources.

“How much are the undocumented population willing to pay through mechanisms such as a small drivers’ license surcharge for example?” asked the Senator who said he grew up accompanying his parents to get access to their benefits in this country.

The two DACA recipients who were part of the panel shared their positive experience in receiving medical benefits after benefiting from President Obama’s new program for undocumented immigrants who entered the country at age 16 or younger and who have lived in the United States continuously since 2007.

“Documentation is a pressing issue currently in the United States,” said Connolly, “and there’s a need to spread awareness that this Lara  bill targets not only Latino-based communities, but any minority community in general.  For example, we have diverse Asian communities who speak a variety of different languages out there and getting this message across has been difficult.”

Connolly added: “Even when you are disseminating the information, there is still some existing barriers, especially in the mixed-status families with some members being documented and some who aren’t.”

Supporting Lara’s observations that those without insurance are prone to mental health depression leading to some incidents of suicide, Connolly emphasized the need to educate communities about the initiative to cover their health care.

According to a NAM press release, it is not generally known that many of the approximately 127,200 California DACA (Deferred Action for Childhood Arrivals) recipients aged 21 and under could also be eligible for exclusively state-funded Medi-Cal.

“There’s a mixed feeling among DACA recipients about submitting their information for medical coverage fearing that their information would be inter-shared among federal and state agencies,” said Dr. Connolly.  He explained that this is a myth and should be corrected through various information channels such as through the local community media.

Study: California’s undocumented use fewer health services than US citizens