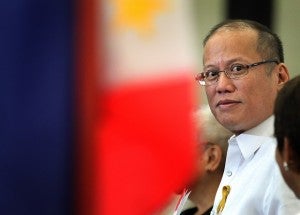 MANILA, Philippines —As part of his official tour to the United States (US) this month, President Benigno Aquino III will be heading to New York on September 23 to attend the United Nations’ Climate Summit.

Sering said the summit had been organized even before super typhoon “Yolanda” (Haiyan) hit the Philippines in November last year.

“There is an expectation, a very big expectation among—especially all emerging economies and developed countries—that there will be an agreement (to address climate change) by next year,” she said.

She said Ban wanted specifically to meet with world leaders to put an end to the negotiation and pave the way for concrete actions.

The one-day summit is the first time in five years that world leaders will gather to decide on a new course of action on climate change.

The world has been negotiating for 20 years at the “lower level” and we’re still negotiating today, Sering said, adding that what was now needed were the final decision-makers.

She said the summit will pave the way for a global agreement in Paris next year, picking up from the climate talks in Durban, South Africa in 2011.

Among those expected to attend the talks are leaders of emerging countries like China, India, South Africa and Brazil.

(It’s just a one-day event but around that very high-level event there are a lot of side events that will be attended by big businessmen.)

She explained that the summit was different from the yearly climate negotiations but it will give direction to the agreement that will be finalized next year.

(Why are we saying that this is important? Because the impact of climate change not only involves disaster but also economics.)

She added there was now a need to shift the focus to the need to lessen greenhouse gases instead of just focusing on disaster response.

The recent report of the Intergovernmental Panel on Climate Change showed that the world could exceed the initial limit of two degrees Celsius rise in temperature.

Exceeding that would mean the world could suffer even worse impacts of climate change.

On the part of the Philippines, Aquino is expected to show how a developing country could push for policies that address climate issues.

Sering said such policies involve the use of renewable energy, alternative modes of transportation and energy efficiency.

She said the Philippines was one of the few countries in Southeast Asia that pioneered the use of windmills while a solar farm was recently launched by the President.

“Other things that we would also—would like to show and—show leadership is that despite our vulnerabilities, we are very, very proactive with our policies and we hope to continue this kind in discussion moving forward and I hope other countries, not just developed but also developing countries that are emerging economies, should also show leadership in climate change,” she said.