Fil-Am senior gets reprieve from eviction in San Francisco 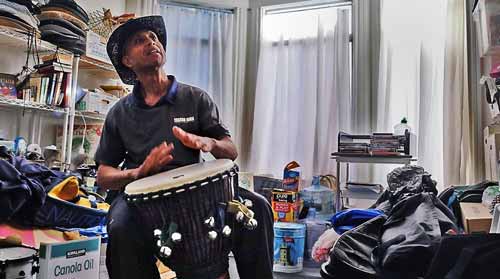 SAN FRANCISCO, California — Benito Santiago, a 63-year-old Filipino American ballroom dance instructor who teaches special needs children in San Francisco Unified School District, will not be evicted from the apartment he has occupied for 37 years.

His landlord backed down in the face of protests by tenant advocates and housing activists.

Santiago was featured in a March 16, 2014 INQUIRER.net report as a senior citizen fighting eviction in San Franciscohttp://globalnation.inquirer.net/100480/bullied-by-the-system-filipino-senior-fights-eviction .

Santiago became part of a protest movement to amend California’s Ellis Act, the law that allows landlords to evict tenants in order to sell the rental apartments as condo units.

He is also one of several seniors who have filed criminal complaints of elder abuse against their landlords in San Francisco in early February.

The seniors said evicting them endangers and inflicts physical and emotional harm on them, a violation of California Penal Code 368, which protects elders and dependent adults.

Landlord Michael Harrison (an executive at Vanguard Properties, bought the property in late-November 2013 and then served Ellis Notices in December 2013—less than one month later.

Tenant activists held many protests at Harrison’s Vanguard Properties office. On April 21, over 200 people marched to Vanguard’s offices at 21st and Mission to protest the evictions.

The landlord’s attorney wrote to Tenderloin Housing Clinic, which represented all of the tenants, saying the landlord is withdrawing its Notices of Termination and selling the property.