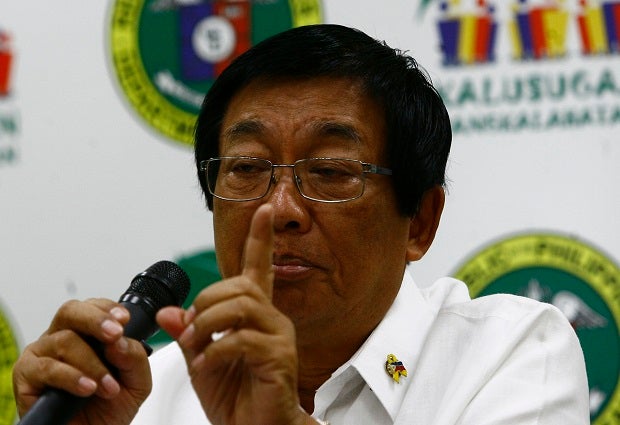 MANILA, Philippines—Health authorities are tracking down a total of 390 passengers of an international and domestic flight that carried a 37-year-old Filipino female nurse who tested positive for the deadly Middle East Respiratory Syndrome-Coronavirus (MERS-Cov) in Dammam, Saudi Arabia.

In a press briefing on Wednesday, Health Secretary Enrique Ona said the female nurse, along with a female colleague, returned to the Philippines on August 29 via Saudi Airlines Flight No. SV870 at 1:40 p.m. without symptoms of the virus. The flight carried 247 other passengers.

The nurse went home to General Santos City on August 31 via Cebu Pacific Flight No. SJ997, which carried 143 passengers, after spending the night at her colleague’s house in Bulacan.

Ona said the co-passengers of the female nurse must have themselves tested and undergo a throat swab examination to make sure that they were not infected with the virus.

“The chance of being infected, especially those in the planes, although possible, is very slim. But we are now contacting all the passengers of Saudi Airlines and Cebu Pacific just to inform them and advise them to undergo examination,” Ona said.

As a precautionary measure, both nurses underwent a test for the virus in Dammam on August 25 but did not wait for the results, said the health chief.

The nurse was located by health authorities on Tuesday and was immediately put in isolation at the Southern Philippines Medical Center in Davao after the Department of Health (DOH) got a call on the same day from her 49-year-old colleague, who was informed by their supervisor in Dammam about the test results.

The colleague was negative for Mers-Cov — considered a deadlier but less-transmissible cousin of the SARS virus, while the 37-year-old nurse tested positive for the disease, said Ona.

Her specimen was sent to the Research Institute for Tropical Medicine (RITM) for re-testing and confirmation, the DOH spokesperson, Dr. Lyndon Lee Suy, said. The results will be known late Wednesday, according to Suy.

But the patient continued to be asymptomatic. “This means she is not exhibiting symptoms of the disease. She has no fever but her test [in Dammam] was positive, which means she was exposed but not yet sick,” Ona explained.

As for the colleague, she consulted doctors at the Lung Center of the Philippines in Quezon City along with 10 relatives, including two grandchildren who fetched her at the airport last Friday, upon learning of the medical result of her co-worker.

She and her two grandchildren developed fever but eventually all of them tested negative for the disease, said health officials.

The symptoms of MERS-Cov are similar to the common flu, which includes fever with cough, cold and sneezing. The incubation period of the virus is usually 14 days.

The health chief referred to the team that was created in April to track down more than 400 passengers of an Etihad Airline flight that carried a returning Filipino male nurse from Abu Dhabi who also tested positive for MERS-Cov.

All of the Etihad passengers were tested and showed negative results. The male nurse also eventually tested negative and health officials said that he might have overcome the virus.

Ona assured the public, on Wednesday, that despite the two cases, the Philippines remained MERS-Cov-free.

But he appealed to returning overseas Filipino workers, especially health workers who had contact with patients infected with the virus in Middle East, to make sure they wait for their medical results before hopping on a plane back to the Philippines.

“We will leave no stone unturned to make sure our country remains free of the virus,” he said.