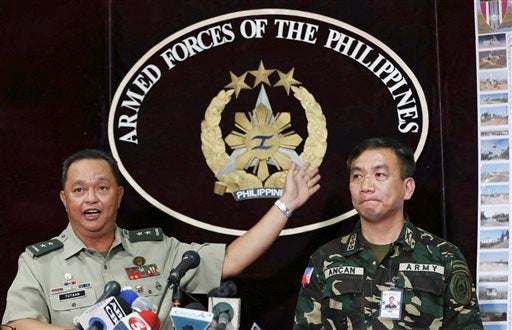 Brig. Gen. Mosese Tikoitoga said Tuesday that the al-Qaida-linked Nusra Front wants to be taken off the U.N. terrorist list, wants humanitarian aid delivered to parts of the Syrian capital Damascus, and wants compensation for three of its fighters it says were killed in a shootout with U.N. officers.

Tikoitoga says the U.N. has sent hostage negotiators to Syria.

The Nusra Front abducted the Fijian soldiers Thursday morning and is holding them at an unknown location. The rebels also surrounded two Filipino units serving in the U.N. mission that monitors the buffer zone between Israel and Syria, but the Filipino troops escaped over the weekend.