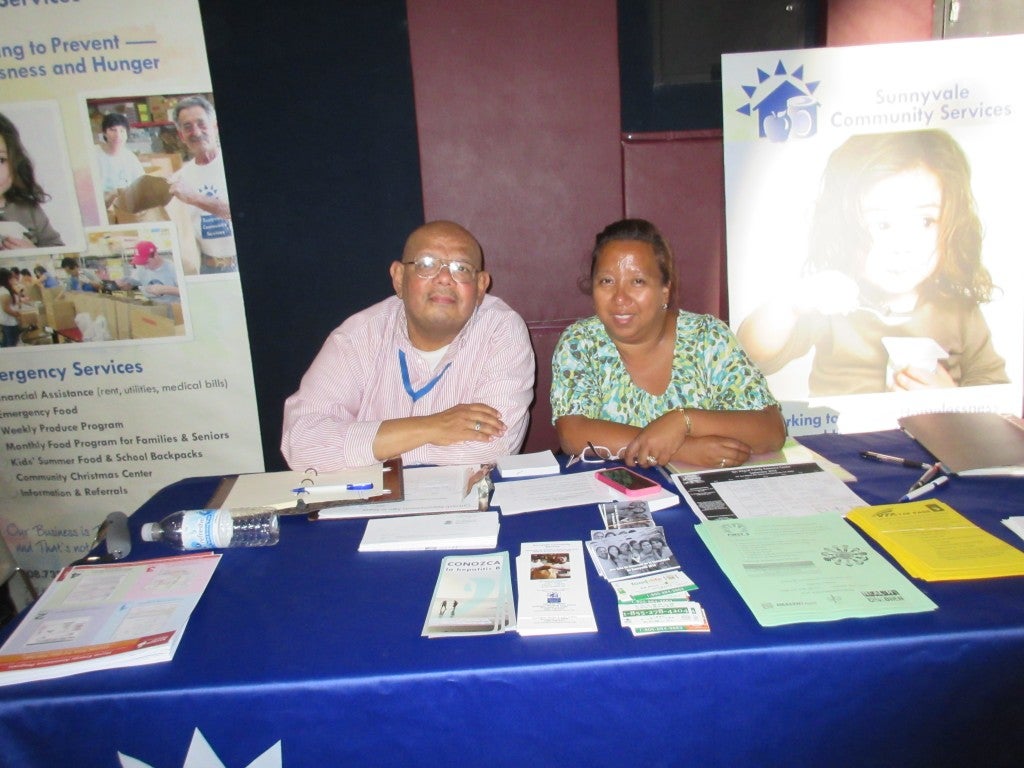 • Seen as a public safety measure

SUNNYVALE, California – A new law will take effect on January 1, 2015 allowing practically anyone, even those who can’t prove they are in the US legally, to apply for driver’s license.

A forum to make the public aware of the new law was held recently by the Sunnyvale Community Services, Department of Motor Vehicles (DMV), the Mexican Consulate and Immigrant Rights & Education Network (SIREN).

The new law, Assembly Bill 60 (AB60), allows any 16-year-old with no criminal record to get a driver’s license from DMV if he or she is able to prove identity and residency in the state within six months of application.

In 1993 Republican then-Governor Pete Wilson required applicants to have a Social Security card and legal status before they can get a driver’s license from DMV.

Cedillo’s attempts were to no avail, until Gov. Brown signed a deferred action bill for young immigrants who qualified for temporary status in 2012. Brown’s signing of AB60 in 2013 completed the reversal.

Sunnyvale Community Services Caseworker Jose Hernandez said something new always comes up at every public forum on AB60: “Despite still on-going debates in Sacramento, one thing that has been finalized is that there will be three tests (instead of like the two for citizen applicants) for those qualified: the written, the behind-the-wheel and the competency tests. The last is for the applicant to prove he comprehends that ‘stop’ means alto and he grasps that he has to slow down a certain speed when he sees the curve sign.”

SIREN Community Organizer Jeremy Barousse said undocumented aliens shouldn’t have any fear about being apprehended at large gatherings because the California Trust Act (or AB4), which was signed into law early this year, specifies that only undocumented aliens with serious crimes can be lawfully detained by Immigration and Customs Enforcement (ICE).

The California Trust Act was a response to the infamous Secure Communities program that links law enforcement agencies with Customs and Border Patrol. Reports revealed that many deported undocumented aliens were mostly first-time offenders or guilty of minor offenses.

Barousse also said that various community organizations like SIREN are “working with DMV and the state to get affirmation that they will not share information with the Federal government, USCIS or ICE. We have not heard of any case when the DMV has been sharing information.”

Sunnyvale Community Services Director of Emergency Services Marie Barlahan said, “Each city has its own policy. I believe that the San Jose Police Department is for this. They will support this and won’t turn in anybody.”

Henandez said he asked a Sunnyvale police officer at the event: “The officer replied that he was only assigned (to watch that night) and could not share official policy. But that (Sunnyvale) has an understanding that people need to get around to do their jobs, feed their families and pay their bills.” 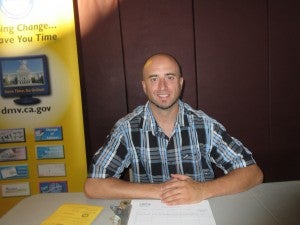 Hernandez said he had been a hit and run victim himself. “And I don’t know if the driver fled because he didn’t have a valid license. People now see that this measure is part of the solution” for public safety.

“Right now you can get (a fake) license from somewhere, and there’s no validation on how competent you are on the road,” Hernandez explained. “This (law) will encourage everyone to get to know better the rules of the road and get insurance.”

He also warned that 90 percent of the first-time applicants in the state of Washington failed their tests because they did not know the rules of the road, and that the State Controller is monitoring the situation to spot price-gouging and discrimination in insurance.

Secondary documents include: official school or college transcript with birth date or sealed school record with photo of applicant when it was issued; marriage license; divorce decree; foreign driver license; ITR; some US Federal documents for asylum applicant; eligible non-immigrant, student, exchange visitor and other documents.

Hernandez said they are campaigning to make everybody know about what AB60 can do for all communities. They have been interviewed on radio and have been holding public forums in different San Jose locations. But he knows of only one Asian community organization that has picked up on the campaign.

A small DMV office along Senter Road in San Jose will be one out of four planned just to transact the applications overflow from AB60.

With most everything still up for debate, there are still loopholes and kinks to be ironed out. Details and clarity have yet to be threshed out about responsibility for Driving Under the Influence (DUI) in this new situation, driving with the license in states that don’t have similar laws, how harsh three-strikes-you’re-out will be on these new drivers, and other gray areas.

Initially, the proposed Driver License card would have been called Driver Privileges card, stamped not valid for identification purposes, receiving public benefits, travel by air, job employment or opening a bank account. But complains about this being grounds for discrimination and abuses have stalled final implementation.

Hernandez related that some in federal agencies wanted “a dot or any mark” differentiating the new driver’s licenses. The debate rages on “how closely should their driver license card resembles ours.”

But he said, “It’s the law of the land. It’s going to happen. But what is the form, the feel and how it’s going to look like is still being worked out.”

“People are yearning for this. They know that this is not the way to become a citizen, but it’s just one more level of something like paying your taxes so the individual can show he is decent and respectable and hopes to one day become a citizen.”

Read Next
Survey: Most voters satisfied with Obamacare in California
EDITORS' PICK
Full operation of more sectors, businesses pressed to spur economy
Smart poised to turn PH into ‘Smart 5G country’ with nationwide rollout
Duterte not keen on extending term — Palace
Water remains our saving grace right now
We don’t want gov’t to fail, because it’s all of us who will suffer and die — Robredo
Get 80% OFF Ignite 2020 Cyber Tickets starting 28 September
MOST READ
Fernandez: Velasco camp ‘betrayal’ pushes call to retain Cayetano as Speaker
Mayor Treñas tells Locsin: Iloilo City is much better than what you think
Palace: Some cities in Metro Manila eligible for MGCQ
Palace allays Robredo’s concerns on China-based pages
Don't miss out on the latest news and information.