Filipino scholars in Korea urged to give back to PH 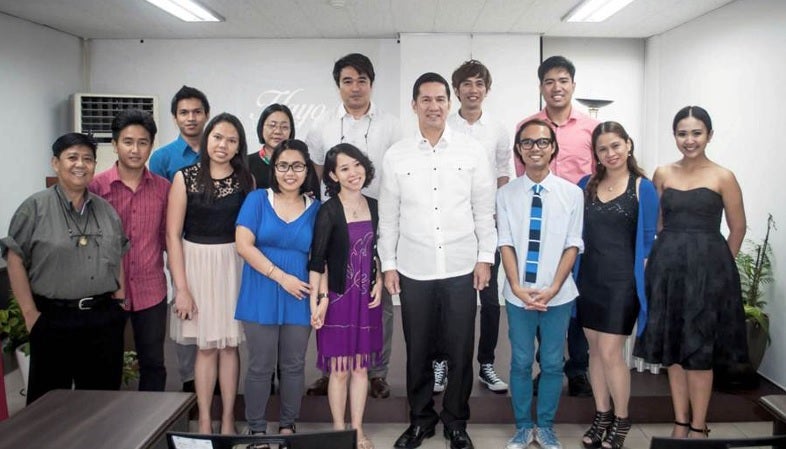 Philippine Ambassador to Korea Raul Hernandez (center) recognized Filipino scholars who completed their graduate studies in Korean universities and urged them to come back to the Philippines to contribute to the country’s growth. PHOTO FROM  Philippine Embassy in Korea.

MANILA, Philippines—Filipino scholars who completed their graduate studies in Korea were urged to apply their learnings back in the Philippines in order to contribute to the country’s progress.

“As privileged citizens of our Republic at this crucial stage of our development, you are all in a better position than most of our countrymen as we face the future together as a nation,” Philippine Ambassador to Korea Raul Hernandez told the graduates in a ceremony.

“I call upon all of you to reflect upon what you can offer, directly or indirectly, as a graduate of a Korean institution of higher learning to the Philippines,” he said.

The recognition ceremony held at the Philippine Embassy in Korea brought together 12 Filipinos who completed their graduate studies in universities across Korea. They are part of the Pinoy Iskolars sa Korea (PIKO) alumni network that has recognized Filipino scholars since August 2012.

“Our country needs you more than ever. Let the early results of the efforts of our government serve as an inspiration for you to give back in one way or another to our people and help contribute to our national aspiration of achieving inclusive growth and development sooner rather than later,” Hernandez said.

“It is with that thought in mind that I stand here today, not just as Ambassador but – more important for this occasion – also as an honorary parent for those of you who undertook and accomplished this academic milestone for the most part alone,” he said.

One of the graduates, Azyleah Abino, obtained an MS in Forest Resources at Kongju National University is expected to return to her work in the Laguna Lake Development Authority in September.

Another student, Ma. Angelika Katrina Linga, finished her MA in Public Policy and Leadership at the Park Chung Hee School of Policy and Saemaul in the prestigious private institution Yeungnam University in Gyeongsan City.

There are an estimated 600 Filipino students in exchange, undergraduate and graduate programs in around 40 universities in Korea, the embassy said in its statement.

“There are more Filipino students who receive university- and professor-sponsored scholarships than those who receive fuller subsidies under the Korean Government Scholarship Program,” it said.

The ‘best’ for Filipino students