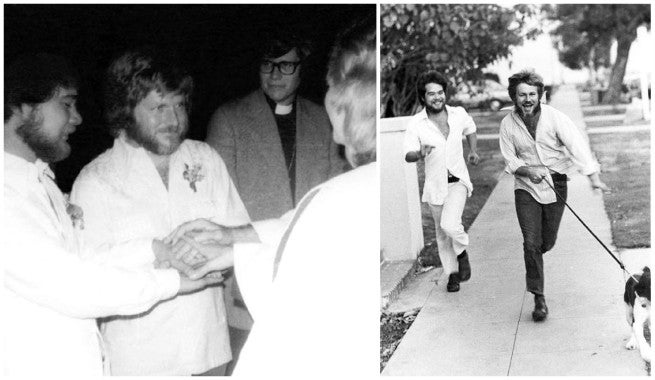 Being one of the first same-sex couples in the world to be legally married, the two fought for equality and their rights as a couple, such as applying for a green card.

When Adams filed for a green card for his husband, Sullivan, Immigration and Naturalization Service (INS) sent a denial letter stating, “You have failed to establish that a bona fide marital relationship can exist between two faggots.”

The letter caused the couple to file a suit against the US government, and they won. This was the first federal lawsuit for marriage equality in US history.

Filmmaker Thomas Miller became interested in their story because he was aware of other gay couples dealing with immigration issues and felt he needed to tell the story.

He began working on the project in 2002 and followed the couple until the next decade as the debate over gay marriage intensified.

“I was so infuriated by this problem that 40,000 binational couples were having that I decided to do a film about it,” said Miller.

The director wanted to inspire younger generations that Adams and Sullivan already paved the way toward marriage and immigration equality.

“Part of this is to show them that there’s been people fighting for this for 40 years and now you’re getting the benefit of that but also another reason for making this film is that it’s not over yet,” Miller pointed out.

“Limited Partnership” has been creating buzz around the country through various film festivals. It will also be featured in the PBS documentary series, “Independent Lens 2015,” in June next year.

Sullivan admitted that the movie keeps his memories of Adams, who died December 2012 at the age of 65, alive. He hopes that it would bring more awareness to marriage and immigration equality and inspire Filipinos.

“Young Filipino men and women in this society and even in the Philippines, where they run into wonderful homophobia just look to a young man who was born in Manila, who spent occasions up in Baguio by the name of Richard Salonga, and see his strength and beauty and understand that you too, you too can take a stand for your life and why you believe in,” Sullivan exclaimed.