• Endorsed by many health organizations; awaits signing by governor 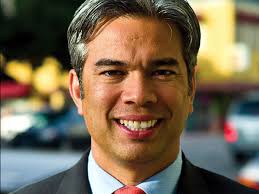 Democratic Assemblyman Rob Bonta’s Prisoner Protections for Family and Community Health Act (AB 966), was passed by the state legislature and is awaiting the Governor’s signature.

Bonta’s bill is based on a successful pilot program in Solano County state prison. Despite sodomy being illegal in prison, studies show that last year over a thousand inmates had contracted sexually transmitted diseases. The average cost to treat each inmate was about $30,000.

“Sexually transmitted disease is a tragic reality of life in prison,” Bonta explained. “The HIV/AIDS infection rate in prison is estimated to be at least 8 to 10 times higher than among the general population.”

AB 966 requires the California Department of Corrections and Rehabilitation (CDCR) to develop a five-year plan to distribute condoms in all state prisons.

The Solano pilot program cost approximately $1.39 per prisoner to implement; and the report concluded that this modest cost paid for itself if the program averted just 2.7 to 5.5 infections per year.

According to the California Department of Health Services, the average cost per patient with HIV in the Medi-Cal system is $23,964 per year.

“The data speaks for itself,” said Bonta. “Over the life of the patient, a single infection can cost the state hundreds of thousands of dollars. The longterm benefits to vulnerable communities, and to the budget, are well-worth the modest state investment in providing condoms to state prisoners.”