Itu Aba: On this rock stands PH suit against China 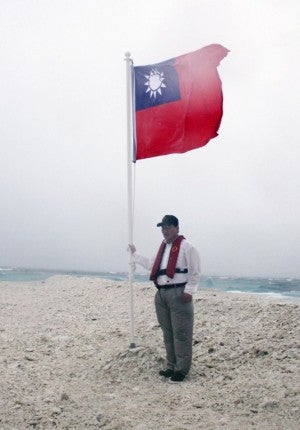 Itu Aba, the “rock” that is the biggest land feature in the disputed Spratlys archipelago is really  essential to the country’s arbitration case before the United Nations tribunal, according to Filipino experts on international maritime law.

The experts, bolstering the views of the international lawyers helping the Philippines in the arbitration case, on Friday explained in separate interviews the necessity of describing Itu Aba as a “rock” under the definition of the UN Convention on the Law of the Sea (Unclos) in the Philippines’ case against China.

The issue of Itu Aba’s inclusion in the Philippines’ presentation of its case against China before a UN arbitration body almost cost newly appointed Supreme Court Associate Justice Francis Jardeleza a seat in the high court.

Jardeleza, the then solicitor general and chief government counsel, had wanted to exclude a 14-paragraph discussion on Itu Aba, the only island in the Spratlys occupied by Taiwan (which calls it Tai Ping), from the memorial the government submitted to the tribunal in The Hague last March.

The subsection in question described Itu Aba as a “rock” entitled under the Unclos to a 12-mile territorial sea but not a 200-mile exclusive economic zone (EEZ).

The international law firm Reichler and Martin strongly disagreed with Jardeleza, arguing how important it was to describe Itu Aba as “a rock with a very limited entitlement” and that it would damage the Philippine case if the discussion was removed.

The lawyers brought their arguments to Foreign Secretary Albert del Rosario and President Aquino. Mr. Aquino ultimately decided that the Itu Aba discussion be included in the memorial.

Professor Jay Batongbacal, the director of the UP Institute for Maritime Affairs and Law of the Sea, said presenting Itu Aba before the tribunal was “very important.”

“It is a preliminary issue. You cannot go far without addressing it clearly,” he said.

“‘Rocks’ as defined under Article 121, Paragraph 3 of Unclos cannot have its own exclusive economic zone or continental shelf. ‘Rocks,’ however, can become the basis for projecting a 12 nautical mile territorial sea and 24 nautical mile contiguous zone around it,” said Peter Payoyo, an expert based in The Hague who was a former law professor at the University of the Philippines.

Twice the size of Metro

A 12 nautical mile territorial sea is as big as the land area of two Metro Manilas, he explained.

“If Itu Aba is described as ‘rocks,’ then the State which owns (or has sovereign/territorial title over) Itu Aba cannot assert EEZ sovereign rights, nor can that State claim surrounding submerged features outside its 12 nautical mile radius as part of Itu Aba’s continental shelf on which it can build structures or installations,” Payoyo explained in a e-mail to the Inquirer.

“If Itu Aba were to be seen as capable of generating a 200 nautical mile EEZ and continental shelf, the whole area which is subject of the case requires a [maritime boundary] delimitation before anything could be decided, and that will take the case out of the jurisdiction of the tribunal,” said Batongbacal.

A maritime boundary delimitation would require the court to identify boundaries between the Philippines and other states, particularly China, he said.

In their memo to  Del Rosario and Jardeleza obtained by the Inquirer, the lawyers Reichler and Martin said Itu Aba must be “persuasively” described as a “rock with a very limited entitlement and sets forth the reasons it is irrelevant to the case the Philippines has presented.”

The lawyers said that bringing up Itu Aba in the memorial itself would allow the Philippines “to frame the issue.”

They believed that the Philippines’ argument would convince the tribunal that Itu Aba is a “rock that generates no more than 12 nautical miles, and this does not overlap with the Philippines’ EEZ or continental shelf.”

As the chief government counsel, Jardeleza was blamed for the initial decision to remove the 14-paragraph discussion on Itu Aba from the memorial. This almost cost him a chance of being appointed to the high court as Chief Justice Maria Lourdes Sereno used it to question Jardeleza’s integrity before the Judicial and Bar Council which vets nominees to the high tribunal.

Itu Aba has an area of about half a square kilometer and lies right on the fringe of the 200 nautical mile EEZ of the Philippines.

Taiwan has had control over Itu Aba since 1956 and has developed it through the years. It has an airstrip and soon, a $100-million port.

Itu Aba is flanked, among others, by Gaven Reef, McKeenan Reef, Johnson South Reef and the Kalayaan island group, including the inhabited Pag-asa (Thitu) Island and the Ayungin Shoal, claimed by the Philippines.

If Itu Aba is considered an “island,” its 200 nautical mile EEZ would reach Palawan province.

‘Integrity issue’ vs SolGen: Legal strategy or disloyalty to country?

In the Know: Itu Aba