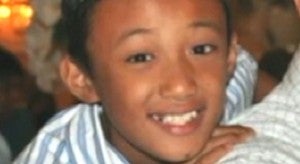 JERSEY CITY, New Jersey — The Filipino-American teenager, who was critically injured in last month’s tornado that swept through a campground in Virginia, died on Saturday night, August 9, INQUIRER.net has learned.

Lheandrew Lloyd Balatbat, 13, had been at Children’s Hospital of the King’s Daughters, in Norfolk, Virginia., since the tornado struck the Cherrystone Family Camping Resort, where he and his family were vacationing.

His parents, Lord N. Balatbat and Lolibeth E. Ortega, both 38, were killed at the scene after a tree fell on their tent. Lheandrew was also pinned down under a tree in a nearby tent.

His two sisters, Lharizia Ann, 12, and Lheana Ann, 7, were rescued from the wreckage. They are now believed to be staying with Ortega’s sisters in Jersey City, New Jersey according to reports.

On August 2, hundreds of family, friends and co-workers of Balatbat and Ortega paid their last respects. Balatbat was a manager at Walgreens in Jersey City, while Ortega worked as a lab technician for Quest Diagnostics in Teterboro.

“We are so heartbroken at what happened to our parents,” Lharizia Ann told the Jersey Journal at the funeral. “We are going to miss you.”

Rev. John Cryan, who officiated the couple’s funeral service, said he had been devastated by the tragedy.

“What are we supposed to do at a moment like this?” Cryan said. “In the days ahead, when your heart aches, remember them, remember their lives.”

Workers at Walgreens set up an online donation page, which will be placed in a trust fund for Balatbat’s children. In just 15 days, contributions have now reached almost $25,000.

On the morning of July 24, the Balatbat family and some relatives were in a large tent, with no knowledge of the approaching tornado, reports said. But when they got an emergency alert message on one of their phones, the sky was already dark and the raining was coming down.

Nick Fallarme, Ortega’s brother-in-law who was also at the campsite, told reporters that he and Balatbat rushed outside to put a tarp over the front side of the tent. Hail and debris rained down on them.

Fallarme recalled that he passed out briefly after something had hit him, perhaps a branch of a tree or the rice cooker that was near the tent. When he regained consciousness, he saw Balatbat lying on the ground.

“We knew he was gone from that moment, just by the look on his face,” Fallarme was quoted in a report. “Then all in our minds was to save the kids.”