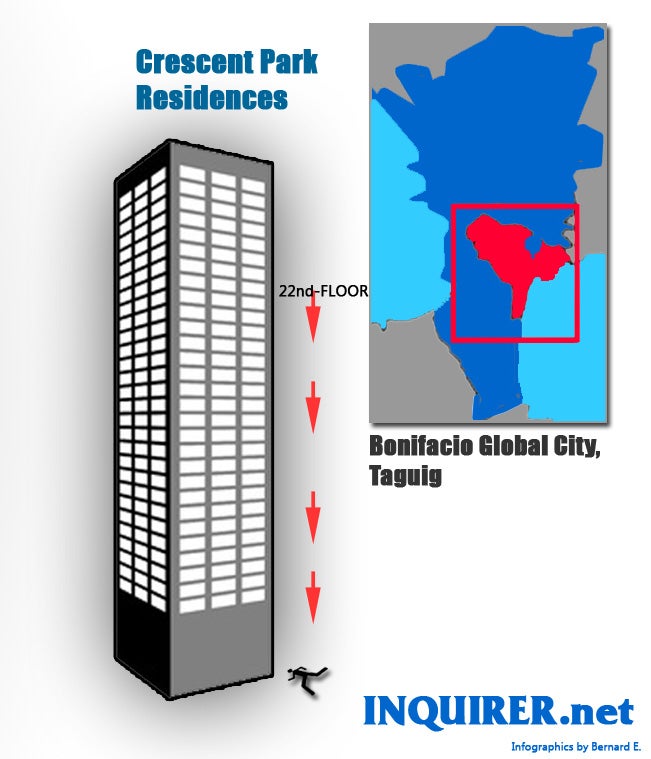 According to the police, Zhang had called a friend in Singapore, saying he would commit suicide. The friend called a female common friend residing in Makati City asking her to check on Zhang. But before she could reach Crescent Park, Zhang had already made good his threat.

Police were still trying to find out the suicide’s motive.