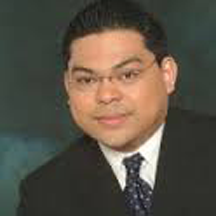 WASHINGTON, D.C.— What began as a program to reconnect with their Filipino roots ended up becoming a humbling learning experience for 10 Filipino-American youth leaders.

Now back in the United States after an immersive program in the Philippines, the delegates to the 3rd Filipino American Youth Leadership Program (FYLPro) said they are ready to make a difference in their respective communities.

“I think the FYLPro, in its own Filipino way, was an indirect immersion and an opportunity for the Philippines to reveal herself to us through indelible images and thoughts that will sit with us long beyond the airplanes carrying us have touched down back on American soil,” said Michael Dahilig, director of the Department of Planning at the County of Kauai in Hawaii.

“The past week in the Philippines has placed into context the extreme privilege my family has fought to allow me to live, and that my identity as an American needs to be softened and humbled by knowing the roots of my bloodline come from fighters and survivors,” Dahilig added. “I thank the program for stirring that hunger and thirst and allowing me to reflect on where my place remains.”

For some delegates, like Edward Aparis, a consultant from Chula Vista, California, the program provided a firsthand perspective of where the Philippines is now and where it is headed.

“I have more to learn about this new and brave Philippines. At the end, I am a visitor here with sincere intentions to contribute, but I must learn from others,” said Aparis. “We are partners in this grand endeavor to bridge the new Philippines and the Filipino-American communities we work and live in.”

During the four-day program from 24 to 28 July, the delegates met with senior officials and policymakers, leaders of industry, media, cultural experts, traditional and social entrepreneurs as well as innovators in different fields. They also had exposure trips in Marikina and Cavite.

“There is a fire that has been ignited in me to give back to the Philippines in more significant ways than I would have prior to the start of the program,” said Abby Eusebio, a constituent advocate from Lincolnwood, Illinois, who wants to take part in the Teach for the Philippines program.

According to Ryan Letada, chiefexecutive officer and co-founder of NextDayBetter Inc., FYLPro offers an opportunity for young Filipino-Americans to find a meaningful connection to the Philippines.

The delegates spent time doing hands-on work with organizations aimed at tackling social issues. Through Gawad Kalinga US National Chairman Tony Olaes and Teach for the Philippines’ Renovate to Educate program, the delegates fixed broken chairs and made new chalkboards for students of the H. Bautista Elementary School in Marikina. 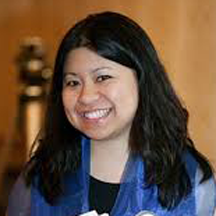 “It’s about building empathy and learning between Filipino-Americans in the US and Filipinos in the Philippines in the hope of creating impactful collaborations that will push forward our global and local Filipino communities forward,” said Letada, who wants to serve as a bridge between the innovation communities in the United States and the Philippines and “help grow this sector in a meaningful and collaborative way.”

The opportunity to travel and interact with change makers in the Philippines was a learning experience for the delegates. For the participants, FYLPro is not an end but a means to continue bringing about positive change in their communities.

“I believe that FYLPro is about a vision to engage Filipino communities around the world for continued improvement in the Philippines. Closer to home, it is about uniting and empowering Filipino-Americans to connect and strengthen that bond between cultures and countries,” said Rafael Diokno, project lead at SGT Inc. in Washington, D.C.

“We learn from the successes of Filipino trailblazers as they take the Philippines to the next level. In turn, we, as individuals and as a team, must find ways to take action that will have meaningful impact in achieving that vision,” he added.

Jan Paul Ferrer, associate vice president at Morgan Stanley in Illinois, said he saw the overwhelming compassion for those living in poverty in the Philippines.  “Upon my immersion to the Philippines through FYLPro, it is evident that the Filipino-American Community has its heart in the right place,” said Ferrer. “However, the passion to make an impact must be truly partnered with those affected to find out what they want.” 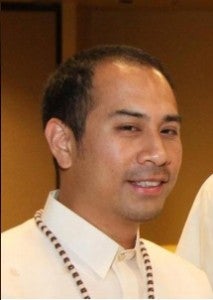 Ambassador Jose L. Cuisia, Jr., who conceived the program with his wife, Maria Victoria, three years ago, congratulated the FYLPro delegates who, he said, did a good job in representing both their Filipino and American roots.

“Now that they have had the opportunity to travel to the Philippines and interact with change makers in the country, it is my hope that their FYLPro experience inspires them to do even more for their communities and to raise the profile of the Philippines in the US,” Cuisia said.

Entrepreneurs also shared their perspectives with the FYLPro delegates. Among the industry captains and successful entrepreneurs were Joey Concepcion who spoke of his Go Negosyo movement; John Lu Kua of French Baker; Noreen Bautista of the Institute of Social Enterprise and Development; Anna Igpit of ClassAct; agro-entrepreneur Danica Gapuz; and Bill Luz of the National Competitiveness Council. The FYLPro participants were also given potential avenues for collaboration through a discussion with the American Chamber of Commerce in the Philippines and the Makati Business Club.

What successful Fil-Ams tell young Filipinos to do