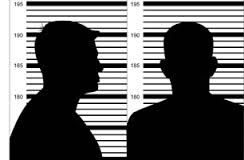 SACRAMENTO, California – The State Legislature on August 4 unanimously approved a bill making it illegal for websites to charge Californians to have their arrest mug shots removed.

The solicitation is a growing shakedown practice in which targets are asked to cough up hundreds and in some cases thousands of dollars.

Senate Bill 1027, sponsored by Sen. Jerry Hill (Dem.-San Mateo/Santa Clara Counties), would amend the California Civil Code to prohibit websites from charging a fee to remove a mug shot. It has been sent to Governor Jerry Brown for signing.

Specifically, the bill would make it unlawful to solicit or accept payment to remove, correct or modify mug shots. Each violation would be subject to a civil penalty of up to $1,000.

The bill does not restrict access to arrest records and booking photos by the media and interested individuals. But a mug shot is not meant to imply guilt. It is merely evidence that an arrest occurred, and in more than half of the cases in California, an arrest never actually leads to a charge or conviction.

In 2011, for example, 932,540 Californians were arrested, however, 545,737 were never convicted or had their charges dropped. Hill said the practice of charging people to have their reputations restored “amounts to extortion.”

“We’re all accountable for our behavior, but that doesn’t mean someone should make money by spreading your booking photo on the Web – especially if you were never convicted of a crime,” Hill said.

Before websites existed, an arrest would generally be a local event and the information would rarely travel farther than the community where the arrest occurred. But now, mug shots can be viewed worldwide through the Internet.

Senate Bill 1027 would end the for-profit dissemination of arrest information by fly-by-night enterprises that often sully reputations and hinder employment opportunities, regardless of whether charges are dropped.

At least seven states (Georgia, Illinois, Oregon, Texas, Utah, Colorado and Wyoming) have passed laws with bipartisan support restricting the practice of charging a fee to remove a mug shot and at least 11 other states have introduced similar legislation this year.