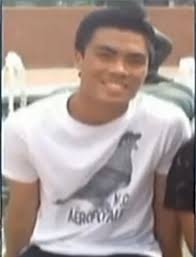 DAILY CITY, California – Witnesses feared that a Fil-Am teen drowned on Saturday, July 26, off a Washington shore after trying to save two of his friends from a dangerous rip current, during a beach trip with his church group.

Renelle Paul Alimoren, 18, of Pomona, California, was out swimming with friends at Ocean Shores, in the state of Washington around 8 p.m. when he and seven others in their group were caught in a dangerous rip current, the Seattle Post Intelligencer reported.

Local police said that five of Alimoren’s friends were able to make it to the safety of the shore with relative ease. Meanwhile, two others had difficulty swimming to shore due to exhaustion and possible water ingestion, reports said.

According to witnesses, Alimoren was able to help the two to shore before he was swept out to sea by the currents. Police said he was last seen 8:30 p.m. Saturday, about two miles south from the point where he first got into the water.