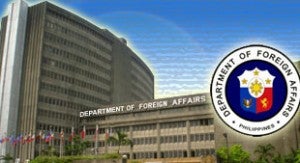 MANILA, Philippines—The Philippines said Friday it would table a “triple action plan” at a regional meeting to ease tensions and resolve rows between China and rival claimants to the strategic West Philippine Sea (South China Sea).

China claims most of the sea, even waters close to the shores of its neighbors, and tensions have heightened in recent months over what is perceived as the Asian giant’s increasingly aggressive moves to assert those claims.

China’s deployment of a deep-sea oil rig in South China Sea waters also claimed by Vietnam led to clashes between Chinese and Vietnamese vessels in May and triggered deadly riots across Vietnam that targeted Chinese people and foreign-owned businesses.

“These tensions have strained relations among countries, increased levels of mistrust, and heightened the dangers of unintended conflict in the region,” the Department of Foreign Affairs (DFA) said in a statement outlining the plan.

The Philippines said it was set to table a “triple action plan” containing immediate, intermediate, and final approaches to address the destabilizing activities at an Association of Southeast Asian Nations (Asean) ministerial meeting in Burma (Myanmar) next week.

It would call for an immediate “moratorium on specific activities that escalate tension” in the area, it said.

Manila would also call for the full implementation of a 2002 Asean-China Declaration of Conduct in the South China Sea, as well as for a settlement mechanism anchored on international law to resolve the disputes.

China’s territorial claims overlap those of Taiwan as well as Asean members Brunei, Malaysia, the Philippines and Vietnam.

The Philippines has asked a United Nations tribunal to declare China’s claims as against international law.

The Asean meetings will also involve talks between the Asean foreign ministers and counterparts from the bloc’s main regional trading partners China, Japan and South Korea.

There will also be a regional security dialogue involving 27 countries, including the Asean members, China, Japan, South Korea, the United States, Russia, and Australia. AFP

‘Maritime disputes could lead to war’