‘Maritime disputes could lead to war’ 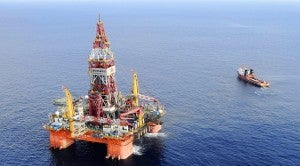 MANILA, Philippines—China’s maritime disputes with countries like the Philippines and Vietnam in the South China Sea are increasingly raising anxieties among their neighbors that the row could lead to armed conflict, according to a poll survey released by a US research group two weeks ago.

A study conducted in 44 countries by the Pew Research Center found that “this year, in all 11 Asian nations polled, roughly half or more say they are concerned that the disputes between China and her neighbors will lead to a military conflict.”

The study, reported online by the Agence France-Presse, found that at 93 percent, Filipinos were most concerned, followed by the Japanese at 85 percent, the Vietnamese at 84 percent and the South Koreans at 83 percent. Even in China, the poll showed that 62 percent of the public were worried that the row could lead to armed conflict.

The Philippines and Vietnam are currently at the center of an acrimonious controversy, with China fueled by the aggressive assertions of its territorial claims.

According to Pew, Beijing and Hanoi in particular are embroiled in an increasingly heated territorial row, sparked by China’s placement last May of a major oil rig in waters claimed by Vietnam in the Paracel Islands. But China has also encountered rising tensions with Japan and the Philippines, both of which claim that Beijing has taken inappropriate steps in the East and South China Seas, where claims of several island chains are under dispute.

According to Pew, Japan, the Philippines and Vietnam see China as the greatest, while China as well as Malaysia and Pakistan list the United States as the biggest threat.

Every other Asian nation surveyed, including Bangladesh, India, Indonesia and Thailand, see the United States as their greatest ally, although Indonesia also sees America as its greatest threat. Among citizens of the 44 nations surveyed, 40 percent said they believe the United States was the present-day superpower, compared to 49 percent who said so in 2008.

The number who considered China the leading superpower, meanwhile, rose from 19 percent six years ago to 31 percent today. Fifty percent of respondents said China would eventually replace or has already replaced the United States in that role, compared to just 32 percent who said China would never do so. Across the nations surveyed, excluding China, 49 percent of people expressed a favorable opinion of China, compared to 32 percent unfavorable.

The survey reflected the heightening uncertainties among littoral states in the Asia-Pacific threatened by China’s growing assertiveness in pursuing its territorial claims against its weaker neighbors about the ability and resolve of the United States to maintain its superpower role now being challenged by China.

These doubts have festered since US President Barack Obama proclaimed in a speech in the Australian parliament in April 2011 outlining a US “pivot” toward greater involvement in the Asia-Pacific region, and the rotation of US troops through Darwin.

Many commentators, including in the United States, have begun to debate on the credibility of American power to counter China’s territorial incursions in Southeast and East Asia.

Australian Foreign Minister Julie Bishop has said there is no doubt that America would remain the preeminent force internationally.

“This is a debate that the US will have about its role in the world,” she said during the visit of Japanese Prime Minister Shinzo to Canberra a week ago to cement the strategic defense alliance between Australia and Japan as a counterweight to China’s ambitions to become the dominant military and economic power, replacing the US. “It (the United States) is currently the only superpower with the military capability to act globally and the United States must determine whether it’s going to continue in that role. I believe that it must, and it will.”

Bishop made the statement in the midst of an emerging tripartite security alliance anchored  on the broader tripod of the three leading naval powers in the region—the United States, Japan and Australia. The smaller nations with territorial disputes with China are looking for security from its territorial land grab behind the shield provided by the United States, which has mutual defense treaties with Japan and the Philippines.

The weaker nations under pressure from China’s territorial encroachments—most notably Vietnam—are beginning to demonstrate that standing up to China does not increase the risk of armed conflict with China. They have come to realize that appeasement to Chinese demands has not only earned Bejing’s contempt but also has invited more pressure.

Last week, to Vietnam’s surprise, China decided to move its oil rig from waters claimed by both Beijing and Hanoi near the disputed Paracels archipelago after more than two months of intense maritime confrontations. Vietnam quickly claimed victory after the rig surrounded by 70 Chinese coast guard vessels disappeared overnight.

The commander of the Vietnamese Coast Guard Zone 1 told BBC news, “We were fighting against the Chinese oil rig with peaceful means… We made them aware of their wrongful violation of Vietnamese sovereignty and they have stopped. Vietnamese Prime Minister Nguyen Tan Dung hailed the efforts by the Vietnamese people and law-executing forces.”

For more than two months, Vietnamese and Chinese coast guard flotillas were locked in a standoff around the rig, in encounters that saw nothing worse than bombardment by water cannons and collision of vessels ramming each other. The Vietnamese showed their own way of standing up to Chinese coercion—and called their bluff.