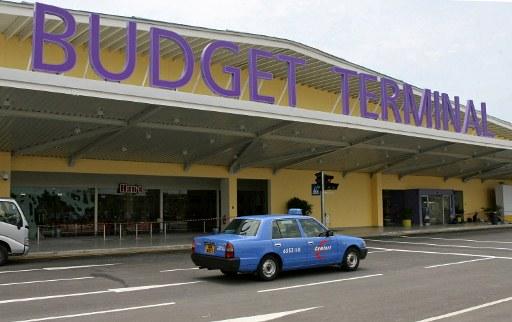 Singapore’s budget terminal, which was demolished in 2012 to give way to a bigger facility that can accommodate 16 million passengers, more than double the present seven million capacity. Asian nations are rushing to build hundreds of new airports to cope with surging demand for air travel in the region. AFP PHOTO/ROSLAN RAHMAN

SINGAPORE—Faced with snaking queues at immigration, overflowing baggage carousels and expensive flight delays, Asian nations are rushing to build hundreds of new airports to cope with surging demand for air travel in the region.

From China and India to the Philippines and Indonesia, the fast-growing middle classes are looking to spend their cash by spreading their wings, leading to a boom in the Asia-Pacific region’s tourism sector.

Airlines have responded by setting up several new budget carriers and flying new routes—but many airports are unable to cope, forcing governments to either expand or simply build new airports.

“In the next 10 years, we will see more than 350 new airports in the Asia-Pacific and the investment cost will be well over $100 billion,” said Chris De Lavigne, global vice president at business consultancy Frost & Sullivan Asia Pacific.

Upgrades of existing airports could cost an additional $25 billion, he told Agence France-Presse (AFP) by telephone from his office in Jakarta.

International tourist arrivals in Asia-Pacific grew an annual 6 percent to 248 million last year, the strongest of any region worldwide, according to the UN World Tourism Organization.

To cope with this, construction is being ramped up.

There are plans for a full replacement of Manila’s Ninoy Aquino International Airport, one of Asia’s most notorious airports for overcrowding and backward facilities.

Its Terminal 1, which is undergoing a major makeover, was built in 1981 to handle six million passengers a year.

Together with two extension terminals, the airport handled around 30 million passengers in 2013.

According to the Canada-based Airports Council International (ACI), Indonesia plans to build 62 new airports in the next five years, in addition to its existing 237.

Soekarno-Hatta in Jakarta is improving capacity after handling 60 million passengers last year, nearly three times what it was designed for, ACI reports.

In Beijing—which already has a hub servicing 80 million people—a second, $11-billion airport is being built to open in 2018 and handle 40 million passengers, according to Sydney-based consultancy Center for Aviation.

Even Singapore’s Changi—regarded by many as one of the world’s best—is expanding, with a $1-billion Terminal 4 opening in 2017 that will raise capacity to 82 million passengers from the current 54 million. Plans are already being made for a Terminal 5.

Shukor Yusof, an analyst with Malaysia-based Endau Analytics, said airport infrastructure in many countries had lagged well behind travel growth.

“Many governments have paid scant attention to developing new terminals and new tarmacs, that’s why you find that many of the airports are bursting at the seams,” he told AFP.

The focus is not just on capitals. The need for more space means much of the new construction is taking place in secondary cities, with some facilities potentially becoming hubs.

De Lavigne cited the Kualanamu International Airport in Indonesia’s Medan, which opened last July and could become a hub for flights to Malaysia, Thailand, Myanmar, India and China.

It was designed to handle eight million passengers a year but is already at capacity, he said.

“By 2025, they’re forecasting 24 million passengers out of Medan, or a three-fold increase in just over 10 years,” De Lavigne said, adding that Indonesia’s aviation sector alone is growing 14-15 percent a year.