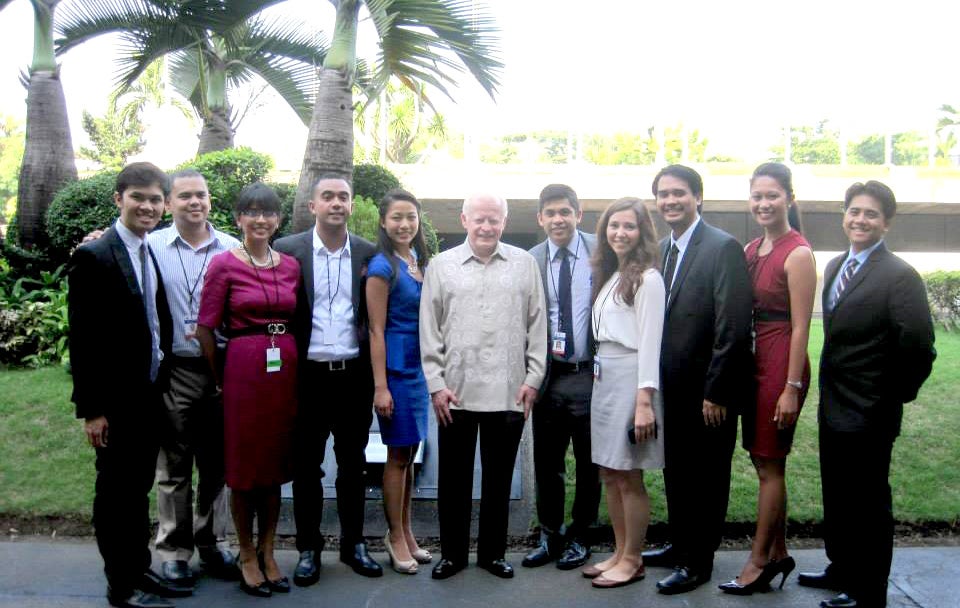 WASHINGTON, DC — Ten young Filipino-American “changemakers” from all over the US are in the Philippines from July 24 to 28 as participants in the prestigious Filipino-American Youth Leadership Program (FYLPro).

The delegates were selected in recognition of the work they are doing to advance the welfare of their respective Filipino-American communities, among other criteria,” according to the Department of Foreign Affairs (DFA).

This year’s delegates are:

FYLPro is an annual weeklong immersion program in the Philippines designed to give the delegates a chance to interact with government, industry and thought leaders in the country, and get hands-on experience in development initiatives.

The program, the brainchild of Philippine Ambassador to the US Jose L. Cuisia, Jr. and his wife, Vicky, was a direct result of the Ambassador’s efforts to engage and interact with young Filipino-Americans, who, he observed, had begun to take groundbreaking initiatives that were raising the profile and awareness of the unique needs of the Filipino-American community and Filipinos in the US.

“I firmly believe it is vital that the next generation of Filipino-Americans be involved in the affairs of their communities,” Cuisia said.

Launched in July 2012 in partnership with the Ayala Foundation, FYLPro taps the Philippine Embassy and Philippine Consulates in the United States to identify 10 outstanding young Filipino-American leaders who have great potential in pushing Philippines-US relations forward.

Following the program, the delegates are expected to maintain ties with the Philippine Embassy or the nearest Consulate, to work on projects that will elevate awareness of the Philippines, and strengthen the Filipino-American communities in their areas, and champion Philippine initiatives in the US.

Past FYLPro delegates have gone on to undertake cultural and tourism promotion programs, social entrepreneurship activities, education innovations, Filipino-American heritage projects, voter awareness and education programs, political advocacies and some have even launched political campaigns of their own.

“I have always anticipated much from the delegates, and they often exceeded our expectations,” Cuisia said.

The FYLPRO 2014 delegates will be sharing their experiences through social media. To track their progress through this year’s program, search for #FYLPRO2014 and #FYLPRO.