Filipino tourists advised not to go on a pilgrimage in Israel 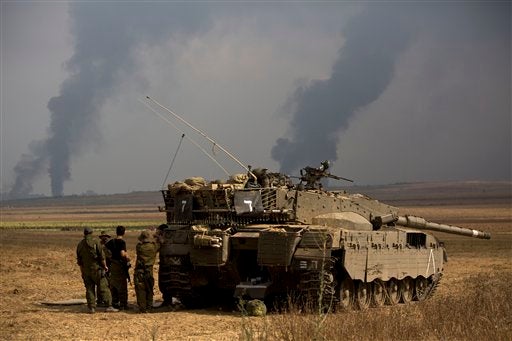 MANILA, Philippines – The Department of Foreign Affairs (DFA) advised Filipino tourists who intend to go to Israel on pilgrimage to defer their travels amid continuing conflict between the militant group Hamas and the Israel Military.

“Israel is under alert level 2, there is deployment ban for newly-hired workers. For tourists we only advise them to defer their travel because of conflict in these areas,” DFA spokesman Charles Jose said Tuesday in a press briefing.

“Though tourists will not be stopped by immigration because they are not workers … we discourage them to travel because we cannot tell what will happen in Israel as a result of the ongoing conflict,” he said.

Israel is a world-famous tourist destination for its religious and historical sites including the city of Jerusalem, regarded as a holy city by followers of Judaism, Christianity, and Islam. In 2012 alone, 2.8 million tourists came to Israel according to records of the World Bank.

Israel is among the countries that Filipino tourists may visit without the need to apply for a visa.

Jose said that there are 36,000 overseas Filipino workers (OFWs) in Israel, the large majority of them are caregivers.

DFA previously raised alert level 4 in Gaza Strip, the center of the ongoing conflict between Hamas and Israel and the area where majority of the estimated 300 casualties come from.

Both sides have fired rockets at each other leading to a large number of casualties and destroyed homes, particularly on the side of the Palestinians. Israel’s “Iron Dome” missile and artillery defense system has been successful in intercepting rockets fired from Gaza.