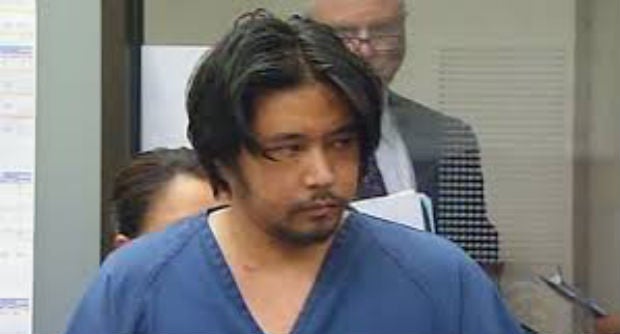 LOS ANGELES – A Filipino man suspected of killing three people and could face the death penalty is asking for a public defender to represent him in court.

Carlo Mercado, 30, is the primary suspect in an unsolved triple murder case in San Diego, and is charged with three counts of first-degree murder in connection to the shooting deaths of Ilona Flint (22), Salvatore Belvedere (22), and Gianni Belvedere (24).

Police investigators claimed that Mercado shot and killed Flint and Salvatore Belvedere around 1:30 a.m. on Dec. 24, 2013, at a Westfield Mall in Mission Valley, California.

According to initial reports, Flint managed to call 911, but she later died at the scene. Salvatore died a few days later from severe injuries he sustained in the attack.

The third victim Gianni Belvedere, Salvatore’s brother and Flint’s fiancé, went missing following the shooting. A few weeks later he was found dead inside the trunk of a car in Riverside, California. Investigators said that he had been fatally shot and was the victim of a homicide.

Mercado was arrested n June and has since entered a not guilty plea.

Mercado’s previous lawyer, Michael Berg, told reporters that the defense team was not provided with further details as to the evidence the police has that led them to believe that the defendant is responsible for the killings.

Each murder charge carries a sentence of 25 years to life in prison. If the court finds Mercado guilty of all three, and mandates that he serve his sentence consecutively (as opposed to concurrently), he could spend at least 75 years in jail.

The raps also indicated that if Mercado is found guilty of more than one murder, he could be eligible to face capital punishment. If so, a jury will then decide whether he should get life in prison, or face the death penalty.