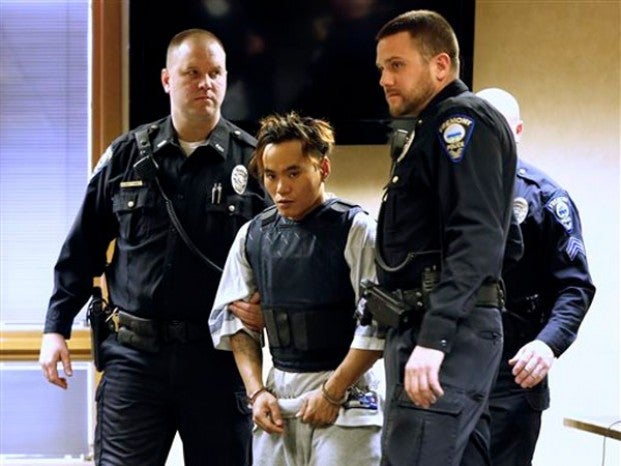 Igmidio Mista appears in Fremont Municipal Court in Fremont, Ohio. He is charged with shooting and killing three people in a Fremont bar. AP FILE PHOTO

LOS ANGELES – The jury trial of a Filipino man suspected of killing three people in an Ohio bar shooting was postponed a month from its the original August 4 schedule to give the defendant’s lawyers more time to build a stronger case for his defense.

A Sandusky County judge on July 7 ruled that 33-year-old Igmidio Mista’s jury trial be moved to September 8. The judge also granted the defense lawyers’ request for a $750 budget to be spent on expert assistance, which includes the procurement of security footage that captured the March 9 shooting at the Last Call bar in Fremont, Ohio.

Among those killed in the incident were off-duty police officer Elmore Jose Andy Chavez, 26; bartender Ramiro Sanchez, 28; and Daniel Ramirez, 25. A fourth man, 25-year old Ramiro Arreola, was injured during the incident.

According to earlier reports by the Associated Press, Mista was allegedly hitting on a woman in the nightclub, who then rebuffed his advances.

This resulted in an altercation between Mista and the victims. Mista then allegedly pulled out a gun and started shooting.

According to reports, the Filipino gunman is an undocumented immigrant.

Filipino held without bail in Ohio shootings that killed three