KUALA LUMPUR — A Chinese fish farm manager who was kidnapped in May has been released amid a spate of abductions in Malaysia by gunmen based in the southern Philippines, police said Thursday.

Yang Zai Lin, believed to have been held by militants from the Abu Sayyaf group, has been freed and will return to China, federal police chief Khalid Abu Bakar was quoted by The Star as saying.

Khalid confirmed the report when contacted by AFP, but declined to comment further.

The 34-year-old was seized near Lahad Datu in eastern Sabah state on Borneo island on May 6, despite stepped-up security along the coast.

The area, which is just a short boat ride away from the southern Philippines, is world-renowned for its pristine dive sites but has seen a string of violent kidnappings.

This week Malaysia revamped a special security zone set up along the coast, putting police in charge of cracking down on the worsening crime.

The security zone was set up last year after Islamic guerillas from the southern Philippines staged a bloody assault in the area. 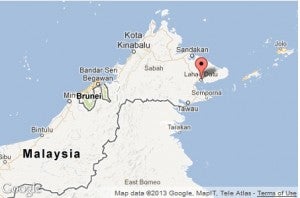 But Malaysian security forces have failed to prevent the attacks.

Two men — a Malaysian and a Filipino — were abducted last month, while a female Chinese tourist and a Filipina resort worker were seized from a diving resort in April.

Both women have been released.

Abu Sayyaf, which is believed to be affiliated with Al-Qaeda, has been blamed for a spate of terror attacks and kidnappings, mostly in the Philippines.

The group was also blamed for the abduction of 21 people — several of them foreign tourists — from a Sabah diving resort in 2000.

The hostages were released after being ransomed.

The kidnapping of the two Chinese nationals also raised red flags in China.

Relations between the two countries have been tested over the search for flight MH370, which went missing on March 8 with 239 people aboard, mostly Chinese.

Chinese families have accused Malaysia of mishandling the tragedy. An extensive search in the southern Indian Ocean where the plane is believed to have crashed has so far been futile.