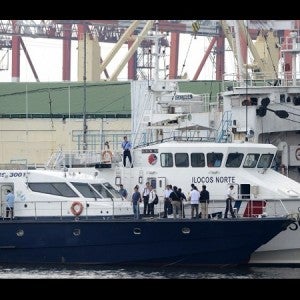 MANILA, Philippines—A commanding officer of the Philippine Coast Guard (PCG) on Monday pleaded not guilty to the crime of homicide for the death of a Taiwanese fisherman in Balintang Channel in May last year.

The court has set the preliminary conference of De la Cruz’s case on September 1 and 2 while his pre-trial has been scheduled to October 6 and 7, according to Asst. State Prosecutor Juan Pedro Navera.

The court, however, deferred the arraignment of Cruz’ co-accused Seamen 1st Class (SN1) Edrando Aguila, Mhelvin Bendo II, Andy Golfo, Sunny Masangcay and Henry Solomon; SN2 Nicky Aurello; and Petty Officer 2 Richard Fernandez Corpuz due to their pending petition for review at the Department of Justice (DOJ) and a petition for a change of venue before the Supreme Court.

Atty. Rodrigo Moreno said under the rules, there is an automatic suspension of the proceedings for 60 days if there is a pending motion.

Last year, the PCG personnel were on board a vessel of the Bureau of Fisheries and Aquatic Resources, patrolling off the coast of Balintang island when they intercepted the Taiwanese fishing vessel allegedly poaching.