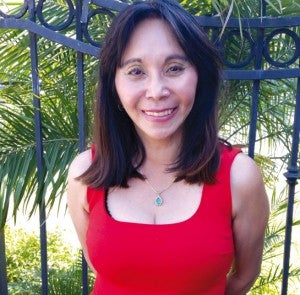 The Commission on Community & Family Services acts in an advisory capacity to the City of Los Angeles on policy and issues on the needs, concerns and interests of children, youth and their families.

Its mission is to create pathways out of poverty into self-sufficiency for residents of low-income communities through the integration of programs and services that help indigent families.

After her confirmation in City Council Chambers, Leviste headed straight for the City Clerk’s office, where Deputy City Clerk Eric Villanueva administered her oath of office. Various Filipino community leaders event attended the event. Leviste is married to Filipino lawyer Roman P. Mosqueda, who is also a community leader in his own right.

Leviste told Asian Journal that she and Mayor Garcetti go way back, to the days when he was still councilmember for District 13.

Garcetti, she said, had previously nominated her for a different city commission, but that initiative didn’t pan out. Leviste said that Garcetti’s office had been trying to get in touch with her since 2013, in hopes of nominating her again to a city commission.

When the Mayor’s Office finally got through to her, Leviste admitted that she initially thought that Garcetti’s people were “joking” about the nomination, and that she didn’t think it was a serious proposition. She also said that she was taken aback by the thorough background check she had to undergo for the appointment.

As a commissioner, Leviste now plans to focus on engaging doctors and physicians, in hopes of reinvigorating them and assisting their professional needs. She also indicated that she would look into promoting health care and youth engagement.

“There are so many issues at hand, but I am excited to serve as commissioner for Los Angeles and to represent the Filipino-American community,” Leviste said.

“Whatever I can do to help, I always want to help our community. And I want that to be part of my legacy,” she added. Leviste said that she would take advantage of being a person of two cultures — Filipino and American — and use that to provide effective input to the commission.