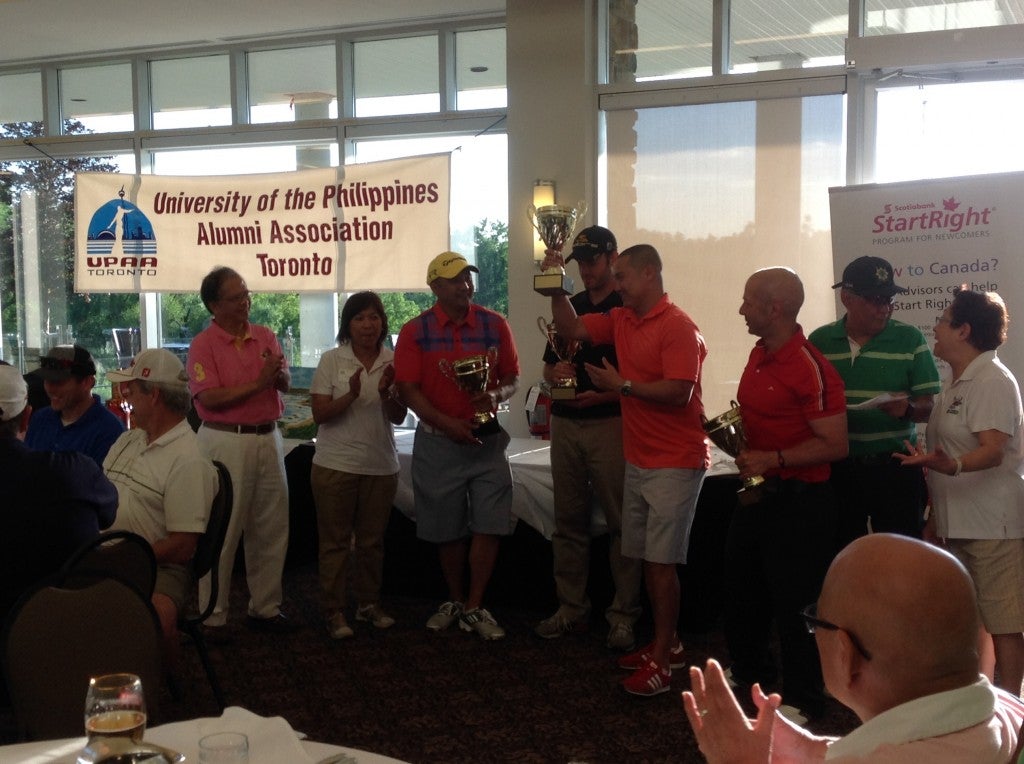 • Tournament conceived in 2009 to stave off effects of recession

MILTON, Ontario, Canada — The 4th TeeUP High Golf Tournament saw 46 players vie for trophies and numerous prizes, among them a 2014 Mitsubishi Lancer for a hole-in-one, made possible by Toronto North Mitsubishi.

Money raised from the tournament and awards dinner, held on Sunday, June 22, at the Royal Ontario Golf Club, is earmarked for the University of the Philippines Alumni Association Toronto (UPAAT) scholarship fund and professorial chair.

Begun in 2010, the tournament supports UPAAT’s endowment projects. The endowment fund was formally set up in 2005, when the organization presented a check for C$25,000, money raised over several years, to then-UP President Dr. Emerlinda Roman.

According to Joe Zagala, a former president of UPAAT, the endowment fund is used in perpetuity to advance scholarship for deserving students who otherwise cannot afford a quality tertiary education. The fund also aims to help in maintaining the quality UP teaching staff.

In duffer’s jargon, “Tee up high and let them fly!” applies both to golf balls and scholars:  Give them the lift they need and they will soar to the goal.

The global economic meltdown in 2009 saw international governments and their central banks try to slam the brakes on the downward spiral through restrictive monetary policies.

Interest rates dropped and the fund’s investment returns could not sustain the recipients without needing to dip into the invested principal. TeeUP High was conceived in 2009 and implemented first in 2010 to avoid further depletion of the fund’s principal, while adding to the endowment fund’s balance. 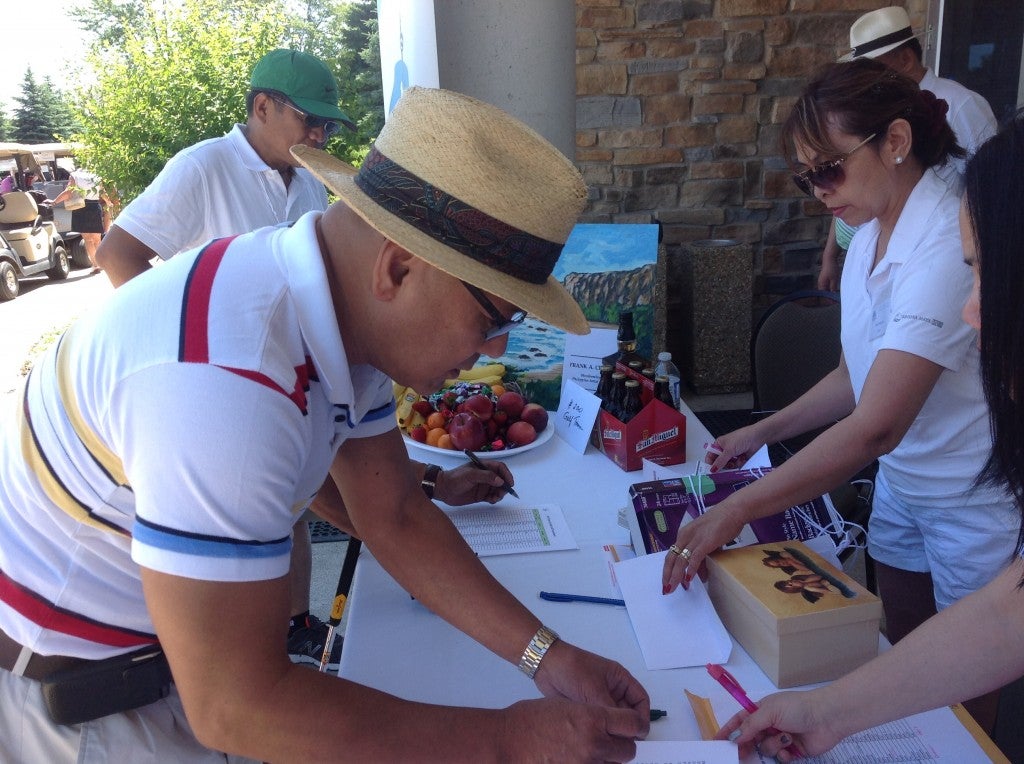 Dr. Mario Andres, one of the leaders of UPAA Toronto and a sponsor of the 2014 TeeUP High Golf Tournament. PHOTO BY MARISA ROQUE

Playing a round of golf plus enjoying a sumptuous dinner for not a dollar more than what they would normally spend for the pleasure was a winning strategy that drew golfers of all ages.  Helping to raise funds for poor but deserving students back home was the bonus.

The event, designed to be an extravaganza and held at a high-end country club, generated a lot of hoopla and was big enough to attract plenty of sponsors, a major source of funds.

To date, the endowment fund stands around three million pesos, due to TeeUP High and its supporters.  Despite meager investment earnings, UPAAT currently supports not just one but two scholars and one professorial chair.

In the TeeUP High sponsor solicitation kit, potential supporters are told “Many students with great potential for success are often denied the proper training to make them effective contributors to nation building.  It is therefore imperative that the private sector, notably business and alumni communities, step up to the plate and fill in as much of the gap as possible.”