Setting off with blind faith

HONG KONG—This is a true story about my friend Digoy and my encounter with Masha, a Russian lady.  If written like a play, it would go thus:

Characters: Digoy (not his real nickname), from Butuan, 41 years old;

Masha, from Moscow. She could be about 55. 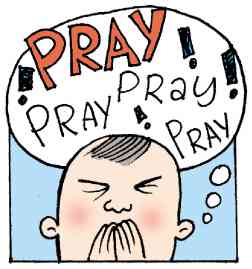 I am a longtime Pinay resident of Hong Kong (old enough to avail of the territory’s senior privileges).

Intro: Globalization for many Filipinos means leaving the motherland to seek fortunes abroad. Most head for Hong Kong, Taiwan, Singapore, Canada, the US, the UK, even danger spots like Saudi Arabia, Qatar and Libya.

Domestic helpers are much in demand so Pinoys easily land jobs as housemaids, nannies and caregivers for greying populations around the globe.  Pinoy men are popular as seafarers and construction workers.

Ever since the fall of the Soviet Union, groups of prosperous Russians have been chasing the sun around Asia and the Caribbean. They can be found at Philippine seaside resorts.  Some end up in Hong Kong to shop and hit the Macau casinos.

Digoy has lived in Hong Kong for almost two decades, signed up by a British employer who also hired his wife, Maris, as a fulltime cook and nanny. An expert jack-of-all trades, he freelances as carpenter, plumber, electrician, and much-in-demand lipat-bahay man (house mover).  His three children are looked after by his parents in Butuan with funds he and Maris remit.  But over the years he has felt the need to earn more money which he thinks can happen only elsewhere.

Last year he went to a Kowloon employment agency run by a Pinoy resident who guaranteed to find employers in Canada in exchange for a hefty fee.  A trusting individual (a devout member of the El Shaddai), Digoy paid the agency which promised to call in two weeks, three at the most.  When a month elapsed, he called to find the phone-line out of service.  He went to the address and found the office shuttered.  Phoning Maris with the bad news, they sadly agreed it was the Lord’s Will that they not go to Canada.

Looking online next for jobs in Australia, Digoy received a reply to his application from a Sydney firm and was told the Melbourne branch would advise him on placements soon.  The call never came and Digoy bowed to God’s Will again. 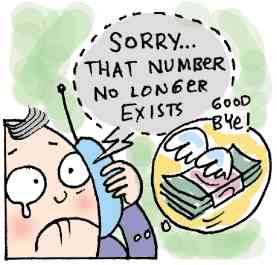 Still buoyed by their faith and not giving in to despair, Maris learned in Facebook that her old classmate Joji had a good job as a nanny for a family in Moscow.  They Skyped back and forth and Joji told of having found her job via a Russian agency that sends out “invitations” to would-be migrant workers.  Showing one to a Russian consulate produces visas, and applicants just need to buy their round-trip Aeroflot tickets.  Once in Moscow the inviting agency find jobs matching the applicants’ qualifications.  Joji assured them it’s all above board.

Digoy related all this to me, as I had typed his CV and his application letters in the past. Alarmed by his Russian plan, I pointed out it’s a scary place for workers, especially Asians. I suggested he try Canada again, but he wasn’t interested, and I felt my giving him a potted history of contemporary Russia would be futile.

Soon after, as I biked back to our Lantau barrio (on one of Hong Kong’s outlying islands), I saw an interesting-looking woman on my path.  Her features looked slavic, like the actress I once saw in the film “Eugene Onegin,” my favorite Tchaikowsky opera.  She was scanning a map of Lantau so I stopped to ask if I could help. After I gave her directions to the waterfall she was seeking, I asked where she was from.  She said Russia and asked about me.  When I told her, she said she’d visited Boracay so I figured she belonged to the gentry.  I remarked that I’d been helping a compatriot find work in her country, and the following conversation ensued:

Masha: Does your friend speak Russian?

I: No, but he’ll surely learn when he gets there.

M: I once had a Filipino couple working for me (I’m a single mom with a teenage daughter) but it didn’t work out; now I have a Ukrainian woman who speaks Russian.

I: Perhaps a Russian family using sign language could use a good handyman like my friend, as well as his wife who’s a fine nanny and cook. 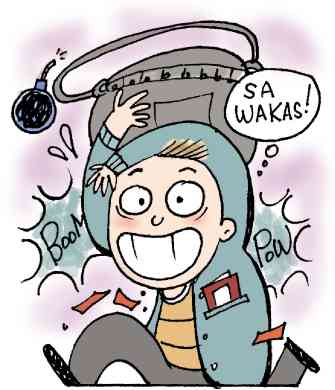 I: Could I give him your name and e-mail in case he needs help when he gets there?  We do have an embassy in Moscow, but another contact would be good to have.

An act of God

She wrote down her e-mail address and we parted.  I reported the encounter to Digoy forthwith.  He mused that my meeting a Russian must have been an act of God and he wasn’t disheartened by her words, which I quoted.

With blind faith like that, I could only nod hopefully.