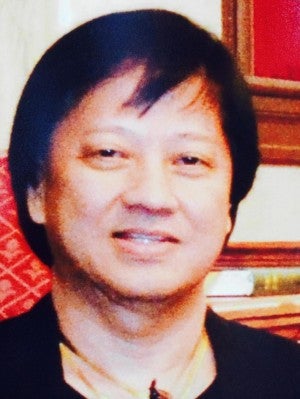 NEW YORK, New York — A 56-year-old Filipino man died three days after he was assaulted outside a restaurant early morning Saturday, June 21 in Queens, and police said that the assailant is still at large.

The victim, whom the police identified as Roberto Martines, died Tuesday at Elmhurst General Hospital, where he had been in critical condition since the attack.

According to witnesses, Martines was leaving Krystal’s Café, a Filipino restaurant on the corner of 69th Street and Roosevelt Avenue, just after midnight when a man approached him and asked whether he was Filipino.

When Martines, who worked as a private chauffeur and lived in the neighborhood, responded he was Filipino, the attacker punched him in the face. Martines fell to the ground, smacking his head on the pavement.

The attacker, witnesses said, fled the scene on foot immediately. Martines was rushed to the hospital but remained unconscious until his death.

In a surveillance footage released by police, the suspect appeared to be a Hispanic male in his mid-20s, with facial hair, wearing a white T-shirt, blue jeans and a baseball cap.

While no clear motive for the fatal attack has been disclosed, police said that investigators are not ruling out the incident as a hate crime.

“He’s a good guy,” Abet Manuel, a friend of Martines, told CBS New York a day after the assault. “He’s not gonna start a fight.”

The case of Martines is not the first brutal assault by a stranger against a Filipino in New York City this year.

On January 17, an openly gay Filipino-American journalist, Randy Gener, was beaten while walking home early morning from a party and was found at the scene in a pool of his own blood. Gener survived after being at an intensive care for a long time.

“There seems to be a growing hatred against us because of our ethnicity,” said a Filipina nurse who asked not to be identified for security reasons. “That’s scary, but we all need to be careful, always mindful of the people around us.”

Friends, relatives and supporters of Martines are planning a candlelight vigil this week at the site of the assault. No information was given whether his remains will be flown back to the Philippines.