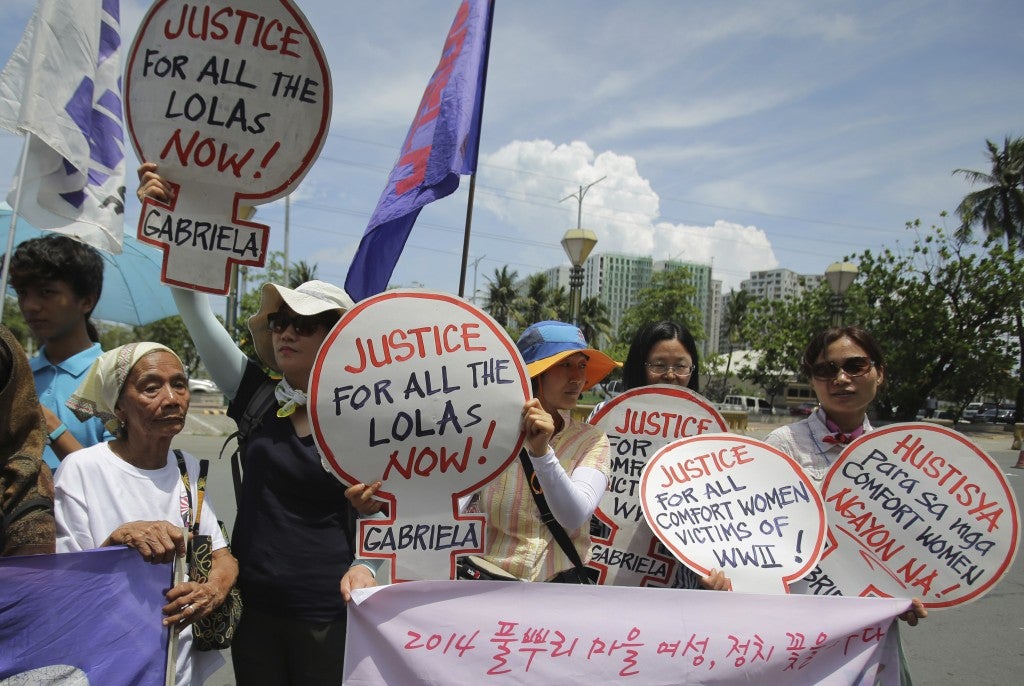 Korean women activists join a rally in front of the Japanese Embassy in Manila, Philippines on Wednesday June 25, 2014. A group of alleged Filipino “comfort women” demanded recognition following the announcement of the affirmation of the Kono statement as a result of the Japanese government investigation on the alleged World War II sexual slavery in Korea. AP

MANILA, Philippines – It’s not what you think.

Malacañang on Thursday defended President Benigno Aquino III’s support for the amendment of the Japanese constitution, saying it does not promote militarism.

(The basic principles for supporting the proposed amendment of Japan’s constitution have been clearly laid out. It does not involve the concept of militarism as mentioned by others.)

Aquino has been deepening security ties with Japan as it continues to be threatened by China.

On Wednesday, a group of Filipino comfort women called Lila Pilipina protested Aquino’s move, saying the President did not take into consideration the sufferings of Filipinos during World War II.

They also criticized Aquino for remaining mum on the issue by not putting on his agenda the plight of comfort women during his recent trip to Japan.

Japan and the Philippines were opponents during World War II, which resulted in the death of many Filipinos. Today, the two countries are strategic partners and both close allies of the United States.