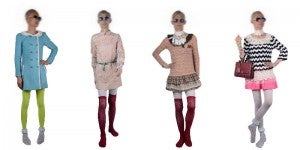 MANILA, Philippines – Two Filipinos are facing deportation from the United Arab Emirates (UAE) after they were arrested for cross-dressing at a Dubai Metro station last March.

Dubai Police said in a report by Gulf News Tuesday that the two, a 34-year-old fashion designer, and a 44-year-old tailor, were jailed for one month each and have been issued deportation orders.

Both reportedly admitted during police interrogation that they were wearing women’s clothing and underwear while in the Al Rigga Metro station and said that they have been doing so since they were younger.

“I’ve been living in the UAE for seven years and work in a fashion design place. Police arrested me because I was dressed like a woman. I had jeans, a woman’s shirt and a bra… I had make-up on as well. I have been dressing like a woman since I was eight,” the fashion designer was quoted as testifying to police.

The tailor said he has been working in the UAE since 1999 and testified “I have been used to wearing women’s outfit since I was ten. I was busted wearing a dress, bra and high heels.”

The two are set to appear before the Appeal Court by end of June to ask not to be deported.

The Department of Foreign Affairs (DFA) and the Philippine Consulate General in Dubai have yet to issue statements on the incident.

150 Filipinas jailed in Dubai for ‘moonlighting’