Japanese wakes up poorer due to karaoke ‘friends’ 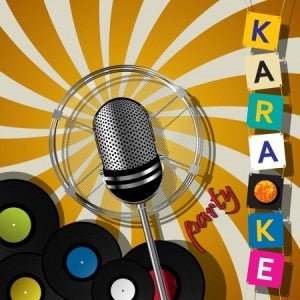 MANILA, Philippines–A Japanese tourist lost nearly 200,000 yen (P86,000) in cash and valuables to a group of “friendly” Filipinos who invited him to a karaoke bar in Binondo, Manila, where they laced his drink with a sedative on Saturday.

It took about two days for 36-year-old Tadashi Yoshitome, a native of Kyoto, Japan, to report the incident to the police because he still could not believe that the seven people who had befriended him would rob him.

The Japanese recently arrived in the country with his friends for a vacation.

Case investigator PO3 Jay Jay Jacob of the Manila Police District’s General Assignment Division said that Yoshitome was going around Chinatown in Binondo by himself on Saturday afternoon when a group of Filipinos approached him and talked to him in a “friendly and warm manner.”

The group later invited him to a nearby karaoke bar where they had a couple of drinks. Yoshitome said that after several glasses, he felt very dizzy and lost consciousness. He woke up a few hours later, still in the same bar but his new “friends” and valuables were gone.

According to the police, the suspects could have laced the victim’s drink with a sleeping tablet. Taken from him were a camera, a wristwatch, a credit card and 30,000 yen in cash. He later found out that the suspects were able to withdraw 57,000 yen from his ATM card.

Asked to describe the Filipinos who stole his valuables, Yoshitome said that one of them was a “fat lady” with big eyes and wavy hair whom he estimated to be about 56 years old.

“She told me she owns a restaurant in Makati City and that she is working in a kid’s school in the same area,” he told the police.

Aside from the woman, there were four other females estimated to be in their 20s, an old man and the van driver who drove them to the karaoke bar.

Yoshimote said that the suspects seemed to be related to one another because of their conversation during their drinking session.–With Jacqueline Arias