OFW ban, evacuation from Iraq on

MANILA, Philippines—The Department of Foreign Affairs (DFA) on Saturday raised crisis alert level 3 for Philippine citizens in Iraq amid the worsening unrest in that country, initiating a voluntary evacuation for Filipinos except in the autonomous northern region of Kurdistan which has largely been spared from the trouble. 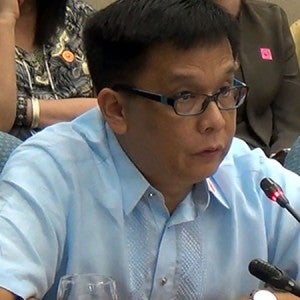 The government will also ban the deployment of overseas Filipino workers to Iraq as the security situation in the country continues to deteriorate.

Philippine Overseas Employment Administration chief Hans Leo Cacdac said the POEA governing board will issue a resolution imposing a total ban on the deployment of new and returning OFWs to Iraq.

Labor Secretary Rosalinda Baldoz, chair of the POEA governing board, said on Saturday the resolution would be signed and issued within the day.

The deployment ban is in accordance with the recommendation of the DFA which raised the crisis alert level in most parts of that country to level 3, Cacdac said.

Under crisis alert level 3, Filipinos in affected countries are encouraged to seek voluntary repatriation. The Philippine government will shoulder the repatriation cost.

The DFA called on the Filipinos to voluntarily come home “in view of the deteriorating security situation,” where the violence has recently escalated following an Islamic militant group’s takeover of the country’s northwest.

“Filipinos in Iraq are enjoined to voluntarily return to the Philippines at government expense… the DFA continues to closely monitor the political and security developments in Iraq,” the foreign office said in a statement on Saturday.

The DFA is sending a rapid response team to Iraq to assist Filipinos who wish to leave.

Per department figures, there are an estimated 900 Filipinos living across Iraq, with most of them based in Kurdistan which is not covered by the level 3 alert.

The DFA maintains crisis alert level 1 over Kurdistan, however, as a precaution where Filipinos are urged to restrict their movements and be vigilant about their security.

Meanwhile, the foreign office has continued with the repatriation of Filipinos from Libya, where the political turmoil has prompted the Philippine government to also suspend the deployment of Filipino workers while crisis alert level 3 remains in effect there.

On Saturday, the DFA announced travel exemptions to Libya for Filipinos amid the deployment ban, following consultations with the POEA, Department of Labor and Employment (DOLE) and the Overseas Workers Welfare Administration (OWWA).

Amid the crisis alert, Filipinos under the following categories may still return to Libya: Household workers employed in foreign embassies; employees of the United Nations and other international organizations; off-shore oil rig workers provided they will not pass through mainland Libya or spend their vacation there; those employed by the Libyan National Oil Co., multinational firms, government hospitals and schools, and Filipinos married to Libyan nationals.

“These OFWs will also need to secure a letter from their employers guaranteeing their safety, security and repatriation in case the situation in Libya deteriorates and imminent danger to their lives and and well-being is present,” the DFA said on Saturday in announcing the exemptions.

The foreign office said the DOLE and POEA would soon release guidelines and announce when these exemptions would take effect.